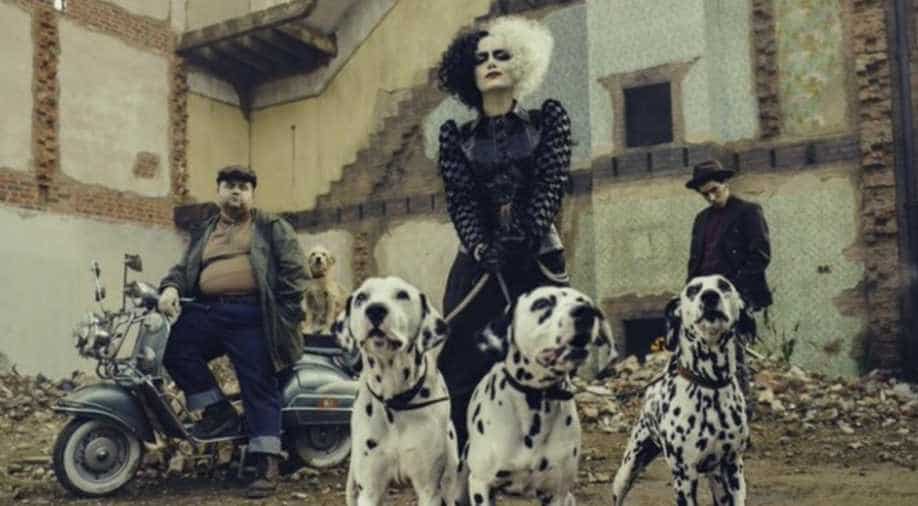 The film will be directed by Craig Gillespie and is slated to release in 2021.

As Disney announced a slate of new films that are under the pipeline, they revealed the first look of film featuring Emma Stone as one of the greatest villains there ever was, Cruella de Vil.

Disney shared the first look of the actress as the iconic villain at the D23 Expo. While Stone could not attend the event, she shared a video message for her team as she appeared on the look with three dalmatians on leash as she looks into the camera with sass and style. She was heard saying, “Since you’re such huge Disney fans, we wanted to let you know a bit about the story,” and added, “1970’s set in London, it’s punk rock”.

Stone can be seen with short permed hair with de Vil’s signature black and white colour-blocked hairstyle. She sports a black leather checkered jacket as two men stand in the background.

Cruella first appeared in 1961’s animated feature ‘101 Dalmatians’, in which she kidnaps dalmatian puppies with an aim to use their fur to make coats. The character was voiced by Betty Lou Gerson in the animated version. Glenn Close played the villain in a 1996 live-action reboot and its 2000 sequel, ‘102 Dalmatians’.

The film will be directed by Craig Gillespie and is slated to release in 2021.