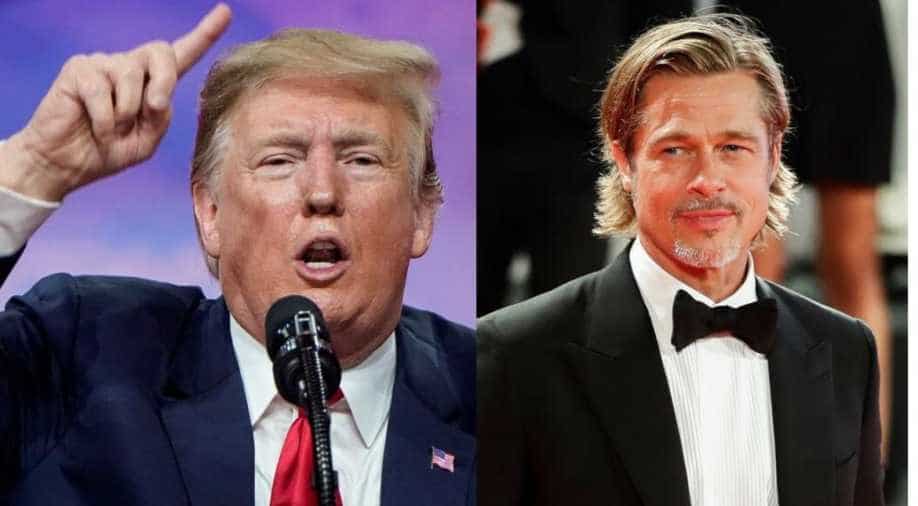 Brad Pitt won his first acting honour at the 92nd Academy Awards for his role in Quentin Tarantino’s ‘Once Upon A Time in Hollywood’.

The US President Donald Trump was visibly upset with The Academy for giving away top prizes this year to South Korean film ‘Parasite’ as he called out Oscars in his speech at an election rally in Colorado Springs. He didn’t just stop there and lashed out at Brad Pitt too.

Brad Pitt won his first acting honour at the 92nd Academy Awards for his role in Quentin Tarantino’s ‘Once Upon A Time in Hollywood’.

Trump, at the rally, was heard saying, "How bad was the Academy Awards this year? We got enough problems with South Korea, with trade. On top of it, they give them the best movie of the year?"

He then asked for yesteryear Hollywood movies to be brought back as he mentioned ‘Gone With The Wind’ and ‘Sunset Boulevard’ and said “so many good movies” but ‘Parasite’ won this year.  See full list of Oscars 2020 winners here

Trump then went on to point out how much he doesn’t like Brad Pitt as he said, "'The winner is from South Korea.' I thought it was best foreign film. Best foreign movie. No -- did this ever happen before? And then you have Brad Pitt. I was never a big fan of his. He got up and gave a little wise guy statement."

This probably stems from the fact that Brad Pitt in his acceptance speech made a mention of Trump's impeachment trial. Check it out here.

As soon as Trump's election rally speech made it online, some netizens criticised Trump. Check out some tweets here:

People are dying all over the world, many of them young children, due to famine, drought, natural disaster, diseases. The President of the US could spare the lives of many of them. Instead, he bashes the Oscars and insults Brad Pitt.
Get...this FUCKING...idiot...out of here

Who wants a president who pokes fun at a country (South Korea) or an actor (Brad Pitt)? We deserve much better.

This is meanwhile, the first time that The Academy has handed over a non-English film Best Picture Oscar. Before this, Oscars ceremony has always been criticised for being non-inclusive in nature. In fact, after the awards ceremony this year, many people discussed that the awards gave in to the pressure of being inclusive. Read more on this here.