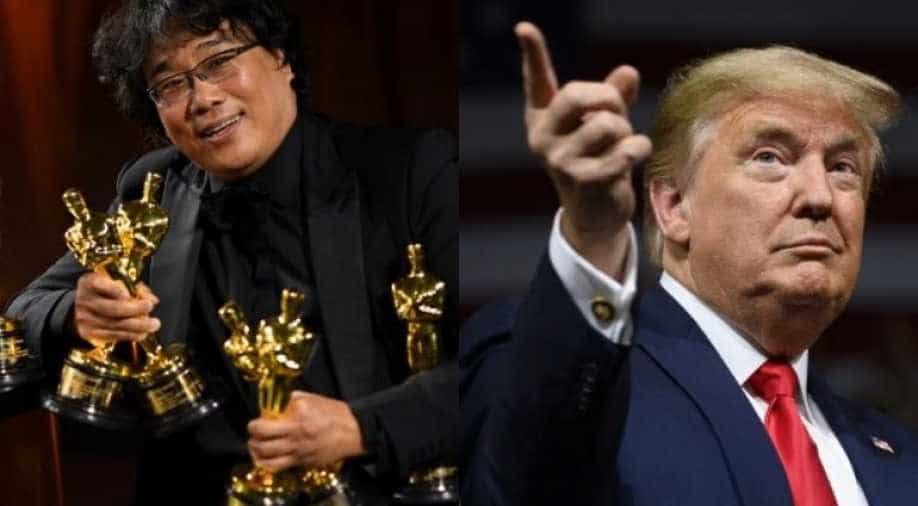 US President at an election rally in  Colorado Springs hit out at the Oscars asking how the South Korean film 'Parasite' could win the Academy Awards this year.

"How bad was the Academy Awards this year?" Trump asked the crowd at the rally, adding, "We got enough problems with South Korea, with trade. On top of it, they give them the best movie of the year?"

Trump, however, indicated that he may not have watched the movie saying "was it good? I don't know."

The US president asserted that Hollywood movies of yesteryears should be brought back.

"Parasite" a dark comedy has become the first foreign-language film to win the best picture award in the 92-year history of the Academy Awards.

It won a total of four Oscars, including best director and original screenplay for Bong Joon-ho and best international feature film.

'Parasite' director Bong Joon-ho was accorded a hero's welcome as he reached South Korea after winning the award with fans cheering him for putting the movie on the world map.