Don Cheadle is surprised at earning an Emmy nod for his 98 second cameo: 'I don't really get it' 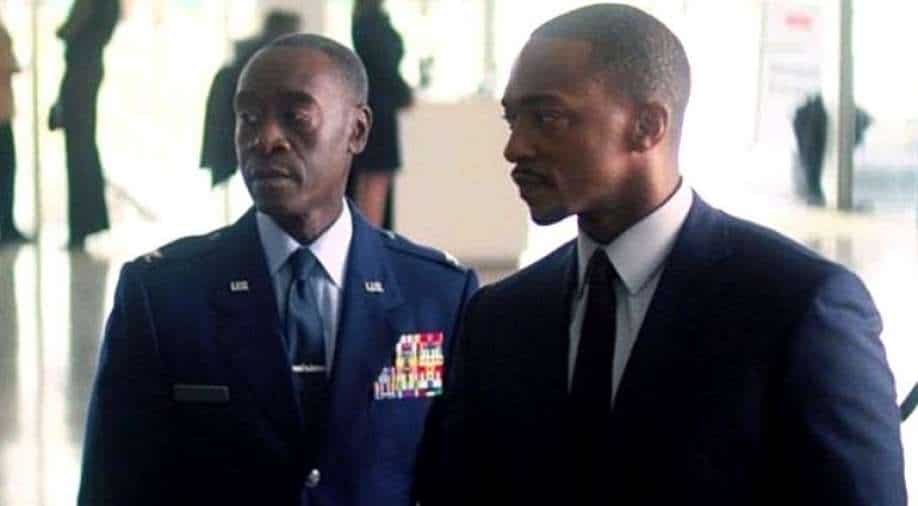 Don Cheadle has a 98-second long cameo in the first episode of 'Falcon and the Winter Soldier' Photograph:( Twitter )

Much like his fans, Don Cheadle too was surprised for his Emmy nod. Cheadle got an Emmy nod in the Outstanding Guest Actor in a Drama Series category.

Hollywood star Don Cheadle earned a Emmy nomination for his appearance in 'Falcon and the Winter Soldier' on Tuesday night. Much like his fans, Cheadle too was surprised for his Emmy nod. Cheadle got an Emmy nod in the Outstanding Guest Actor in a Drama Series category.

Cheadle appeared in the first episode of the Marvel TV series for 98 seconds and much like his fans, he too was surprised when Television Academy acknowledged his cameo.

While some felt he deserved a nomination, there were others didn't take it too well. The actor himself took to Twitter to respond to the news and wrote, "Thanks, well wishers. sorry, haters. agreed, 🤷🏿‍♂️ers. i don’t really get it either. buuuuuuuuuut on we go…”

thanks, well wishers. sorry, haters. agreed, 🤷🏿‍♂️ers. i don't really get it either. buuuuuuuuuut on we go ...

Cheadle played Colonel James Rupert “Rhodey” Rhodes — and his alter ego War Machine — in the series as part of a continuity in the Marvel universe. Cheadle has been playing the character since 2010 when he first appeared in 'Iron Man 2'. He has been a steadying presence for fans and Robert Downey Jr’s Tony Stark, in seven films.

One fan felt he didn't deserve to be in the category and asked him to 'step down'. Cheadle pointed out that it was not up to him to step down. “Bro step down and a make a spot for someone that did a bit more,” wrote the follower.

Also see: 'The Falcon and The Winter Soldier' finale review: A moral battle of identity, purpose and legacy

Another person wrote, “yep… just Hollywood being stupid… again. And to no fault on the man, IMO he deserves every accolade. Just sad that the moronic Emmy committee peeps are just that: morons.”. Emmy Awards 2021- here's the complete list

Interestingly enough, this is Cheadle’s 12th Emmy nomination. He is yet to win the coveted trophy. Perhaps this time?