Did Zayn Malik, Gigi Hadid confirm their relationship with these date night pictures? 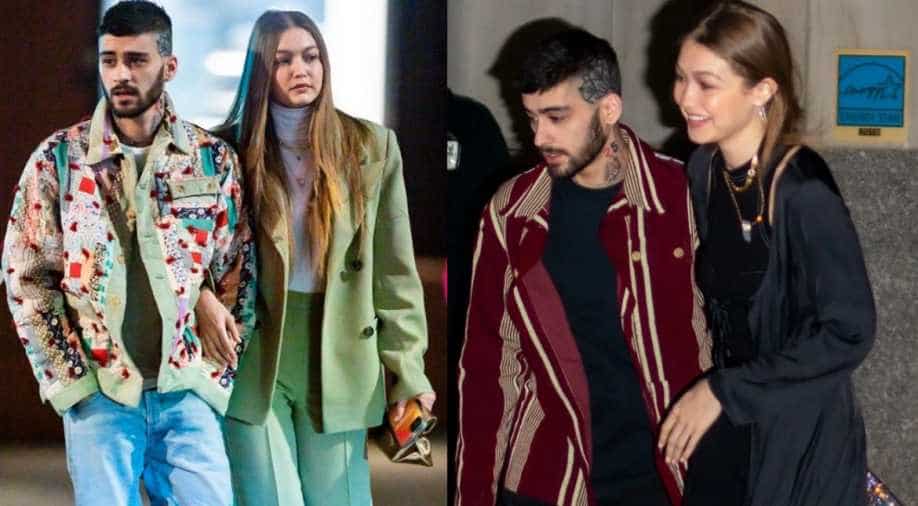 Zayn and Gigi were spotted in New York on two nights consecutively as the two stylish individuals got together to give us some serious date night attire goals.

They do look good together.

British singer Zayn Malik and supermodel Gigi Hadid seem to have gotten back together after all. They have dated and then broken up several times before not being in touch for almost an year. Just when their fans thought this was the end of their relationship, the two have now been spotted holding hands, on a date night on two nights together.

Zayn and Gigi were spotted in New York on two nights consecutively as the two stylish individuals got together to give us some serious date night attire goals.

The first night when they were spotted, they came dressed in beige and green colour coordinated outfits as they kept it casual. While Zayn had a multicoloured jacket, Gigi looked her best in green pant suit that she matched with a white high neck.

On the second night together, Zayn chose black and red shirt as he flaunted his many tattoos while the supermodel kept it chic in a black ensemble.

Zayn and Gigi got together to celebrate the former’s birthday. Gigi’s sister Bella too joined the party as Zayn is treated like a family member in the Hadid household.

As for Zayn and Gigi’s relationship, they were first linked in November 2015 when they were seen holding hands. The couple then broke up in 2018 and were back together after a month. From November 2018, they again drifted apart and remained friends for the larger part of 2019.