Did Charlie Puth just confirm a collab with BTS? 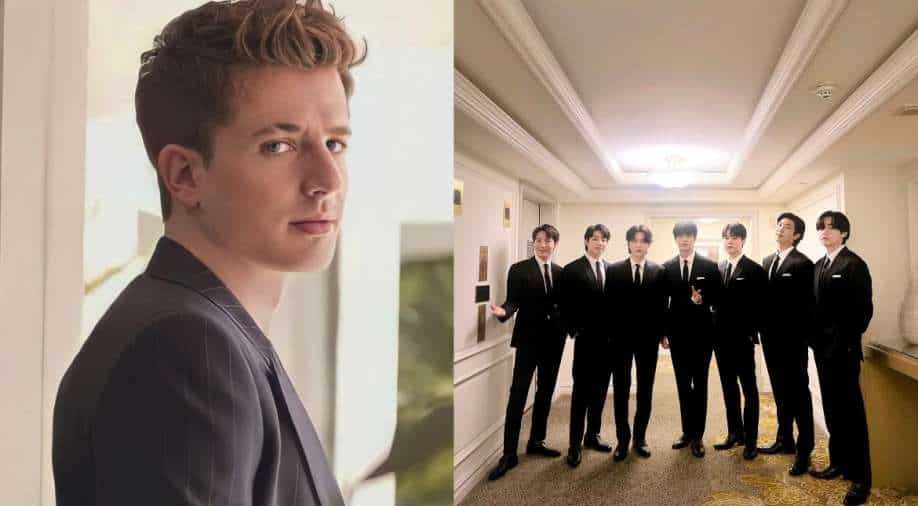 One collaboration that fans have been eagerly waiting for is undoubtedly between BTS and Charlie Puth.

One collaboration that fans have been eagerly waiting for is between undoubtedly BTS and Charlie Puth. The wait seems to be coming to an end soon. Singer Charlie Puth was at the iHeartRadio Wango Tango concert on Saturday, and in an interview with KIIS-FM, the ‘One Call Away’ singer hinted at a collaboration with the K-pop group BTS.

During the interview, he was asked, "Fans think you have a collab with BTS. They are going crazy."

The interviewer then startled the singer by saying, "okay so there is a collab with". Unaware that he had accidentally spoiled the surprise, Charlie then stood there unable to respond to further questions. However, his silence revealed a lot.

Help he really told us about the Collab coming pic.twitter.com/OdSfQIXElZ

The small clip of the interview has gone viral on Twitter, and fans are already super-excited. Sharing the video clip on Twitter, a fan wrote, "Charlie Puth basically confirming the collab with BTS." "Ooooooo he really just pulled a Namjoon," a user reacted to the post. Another tweeted, "Charlie Puth just dropping an accidental collab spoiler just like Namjoon would." "Namjoon would understand, Charlie!!!" wrote another user.

BTS members will be releasing their anthology album, 'Proof.' The album will include three songs: ‘Yet To Come’, ‘Run BTS’, and ‘Born Singer’. It is said that the album will also have old tracks like ‘I Need You’, ‘Fake Love’, ‘Run’, ‘Jamais Vu’, ‘Seesaw’, ‘Fire’, ‘Dynamite’, ‘Life Goes On', and ‘Butter'.