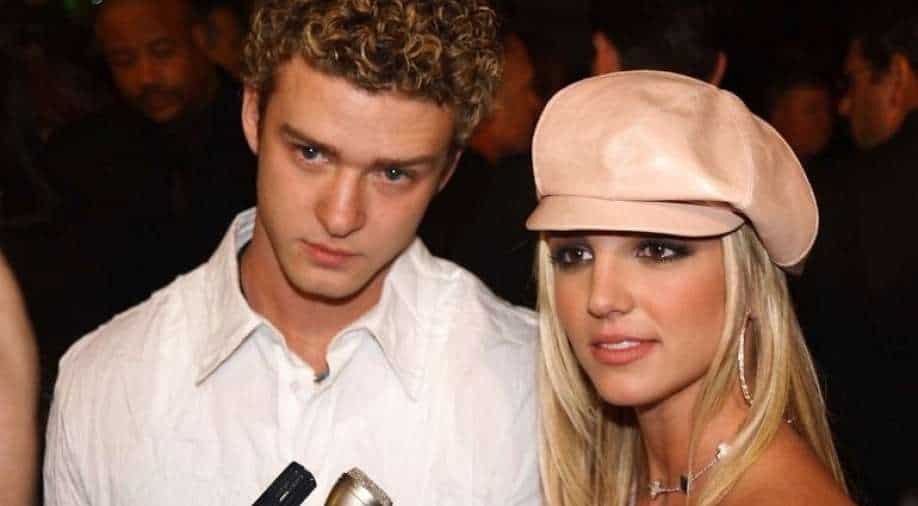 A new documentary 'Framing Britney Spears' seem to have made fans think that the singer was unnecessarily made responsible for breaking up with Justin Timberlake.

Britney Spears and Justin Timberlake were one of the most popular couples in Tinseltown in the early 2000s. Britney, at that time, was the reigning queen of pop while Justin was the frontman of boyband N'Sync.

The couple started dating in 1999 and broke up in 2002- around the time Justin decided to go solo with his music career. In fact, one of his early hits 'Cry Me A River' sort of hinted to the world about Britney's infidelity and fans were made to believe that the two broke up due to Britney cheating on Timberlake with one of her backup dancers.

Now, years later, amid Britney's conservatorship battle, fans have accused Justin of changing the narrative and making people believe that it was due to Britney that the relationship did not last. A new documentary 'Framing Britney Spears' seem to have made fans think that the singer was unnecessarily made responsible for the breakup.

The documentary narrates the incidents that led to her father Jamie Spears' taking up the role of a conservator - which most state as problematic.

Fans now are calling out Justin for changing the narrative years back with the music video of 'Cry Me A River' which had Timberlake taking revenge after being cheated on by a woman who seemingly looked like Britney.

Crazy how Justin Timberlake had such a hand in fucking over the careers and lives of two of the most talented women in music, ever.

Anyways stream Janet Jackson and Britney Spears and I hope both women have an AMAZING day.

Can’t stop thinking about how Justin Timberlake got to skate by without injuring his reputation while Janet Jackson and Britney Spears got publicly destroyed after professional (Janet) and romantic (Britney) entanglements with him.

It’s the day before the Super Bowl, I’m watching the new Britney Spears doc, and I keep hoping that one day Justin Timberlake gets the reckoning he has coming to him.

Interestingly, Justin and Britney have never openly stated the cause of their breakup.

In an interview with ABC’s Diane Sawyer, Britney was asked if she cheated on Justin. “You broke his heart, you did something that caused him so much pain, so much suffering. What did you do?” Sawyer asked Spears.

Years later Justin spoke to  Barbara Walters about the breakup and said, “I remember when we decided we were going to go our separate ways, we sat down and I said to her, ‘If there’s ever a moment where you ever need me, you can rest assured that I will be there, because I love you as a person and I will always love you.’ But I also said, ‘Look, no matter what we say at this point people are going to speculate things, and I could really get myself in horrible position if I was to say something and somebody misinterpreted because that happens all the time.’ And I promised her that I wouldn’t say specifically why we broke up.”

Some of the biggest names in the music have come out to support Britney Spears after the tell-all documentary about the singer. Stars like Miley Cyrus, Sarah Jessica Parker have spoken in favour of Britney and given the #FreeBritney movement a boost.