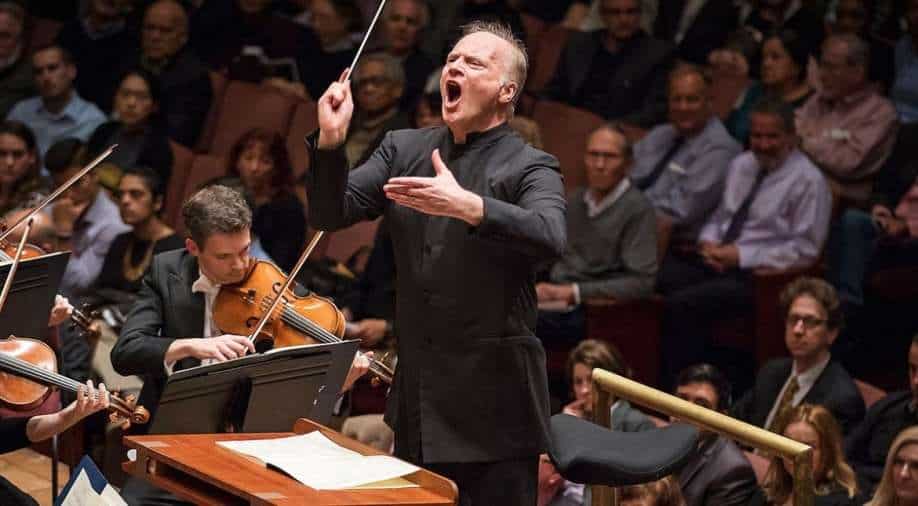 The National Symphony Orchestra and other professional orchestras in the United States have resumed live performances in recent months while navigating a maelstrom of Covid-19 rules, trying to keep everyone healthy, and convincing wary listeners to buy tickets again.

At the start of 2020, the National Symphony Orchestra was planning its first international tour with conductor Gianandrea Noseda, and an epic Beethoven cycle to mark the 250th anniversary of the legendary composer's birth.

Instead, the coronavirus pandemic forced the ensemble out of the Kennedy Center in the US capital for 18 months, and the Beethoven symphonic series has been rescheduled, starting this month and wrapping up in... 2023.

The NSO and other professional orchestras in the United States have resumed live performances in recent months while navigating a maelstrom of Covid-19 rules, trying to keep everyone healthy, and convincing wary listeners to buy tickets again.

"It has been a big challenge," Noseda told AFP after an afternoon rehearsal for January's concerts, which include some of the Beethoven symphonies -- but not the Ninth, as the chorus required would put too many unmasked people on stage.

Noseda, who was not able to travel to Washington for a year as the crisis unfolded, detailed the NSO's pandemic evolution from virtual concerts, small groups on stage and plexiglass between musicians to the more or less normal 2021-22 season.

"The alternative would have been no performance at all," the 57-year-old Italian maestro said, explaining that he managed to keep in touch with his players during the long hiatus through Zoom calls and emails.

Now, Noseda says there is a "really perceivable" sense of musicians and audiences appreciating the moment, and not looking too far ahead.

So how do you go about making sure that dozens of musicians can be on stage together safely for rehearsals and concerts, especially when some of them -- brass and woodwind players -- cannot be masked?

The plexiglass partitions seen earlier in the pandemic are gone, but all NSO members who can play while masked do so, and protocols are rigid.

"It's a new world for all of us," said NSO executive director Gary Ginstling, explaining that general manager Genevieve Twomey and her team have basically become "an in-house medical team" conducting weekly testing and monitoring.

Twomey said "very few" positive results had been detected so far within the orchestra.

But in Texas, the Dallas Symphony Orchestra was forced to cancel two concerts and cut planned works from two others this month because they could not replace key musicians who had tested positive.

"Omicron has been particularly challenging because it's so contagious and prevalent," DSO president and CEO Kim Noltemy told AFP in a statement.

For Jamie Roberts, the NSO's assistant principal oboe player who clearly performs without a mask, "once there was a vaccine, and people could get a vaccine, I felt really safe."

Colin Williams, the associate principal trombone player at the New York Philharmonic, agreed that protocols in place had been "worth it," ensuring the musicians' safety and that of their loved ones at home.

"I personally feel that when I'm at work, I don't feel like I'm in danger," Williams told AFP.

Roberts, 37, says she is thrilled to be back on stage, but before that became possible, she helped shape the orchestra's virtual programming, dubbed NSO at Home.

Many other US classical ensembles launched similar initiatives to keep attendees engaged.

"We believe that creating programs for home viewing is an integral part of our future and the future of the field," said Jim Roe, the president and executive director of the New York-based Orchestra of St Luke's.

So, will Americans don masks to experience live orchestral music, as they weather the surge in Covid-19 cases?

Officials with the Chicago Symphony Orchestra feared Omicron would dent sales. In the end, 80 percent of tickets for its January concerts were sold.

While some cities such as New York and Washington have implemented vaccine and mask mandates at concert venues with ease, the Dallas symphony ran up against Governor Greg Abbott's executive orders barring such requirements.

Noltemy said the DSO, mindful of an "obligation" to keep attendees safe, is keeping its mask rules in place, despite the risk of being fined for doing so.

The organization is also offering free on-site rapid testing for those without proof of vaccination in hand "to ensure the safest possible environment," Noltemy said.

So, what does the future hold? Can orchestras plan to travel this year, or the year after that? And if not, how will that affect programming?

In Chicago, when a scheduled Asian tour for January was canceled, conductor Riccardo Muti planned a series of concerts in the Windy City, including some that are free to the public.

Back in Washington, while the NSO has planned a full season, Ginstling admitted future travel was uncertain.

"There are a lot more questions than answers right now," he said.

But Roberts, the oboe player, said she is simply reveling in the moment, being reunited with her colleagues.