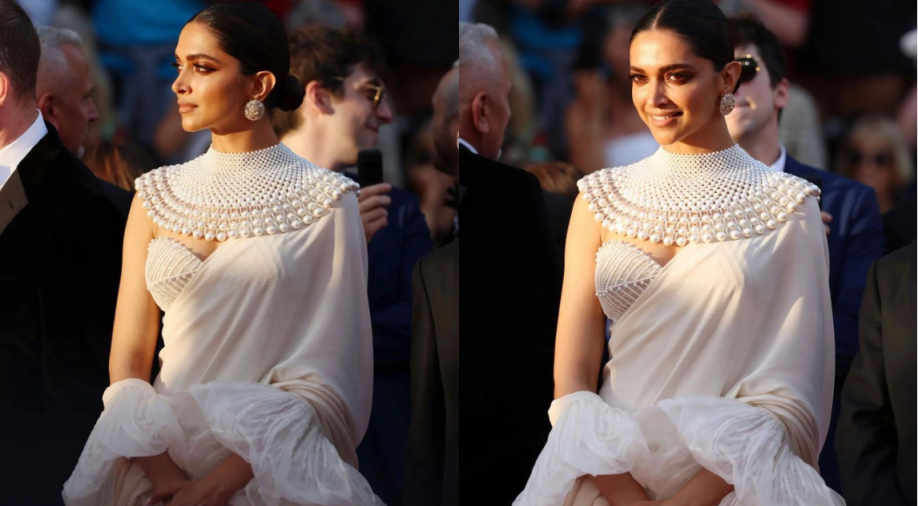 Deepika stuns on the last day of Cannes 2022 Photograph:( Instagram )

Making a gorgeous appearance on the last day of the 2022 Cannes Film Festival, Bollywood actress Deepika Padukone made heads turn as she signed off from the prestigious film festival.

Channelling her inner desi Indian girl, the diva opted for a stunning off-white saree by Abu Jani-Sandeep Khosla. Her statement pearl-studded blouse took the look a couple of notches higher.

With a trail and dramatic pleated ruffles, her 6 yards of elegance perfectly accentuated her curves and helped the 36-year-old make a major fashion statement.

Padukone finished her stint at the French film festival as a Cannes jury member in utmost style. For the closing ceremony, the star donned an ethereal Indian look and got applauds from fashion critics and aficionados.

To accessorise her ruffled off-white saree, the actress wore an equally stunning pearl necklace and round stud earrings. For her makeup, she opted for kohl-rimmed eyes and contoured cheeks. For her hairdo, she opted a sleek bun.

Dropping a series of images of her final look from the French Riviera on Instagram, the actress added a white heart emoji in the caption. In no time, the photos went viral on social media and several paparazzi snaps from the event also surfaced online.

Meanwhile, on the movie front, Deepika will be next seen in Amitabh Bachchan and Prabhas-starter `Project K`. She will also share screen space with Shah Rukh Khan in `Pathaan`.