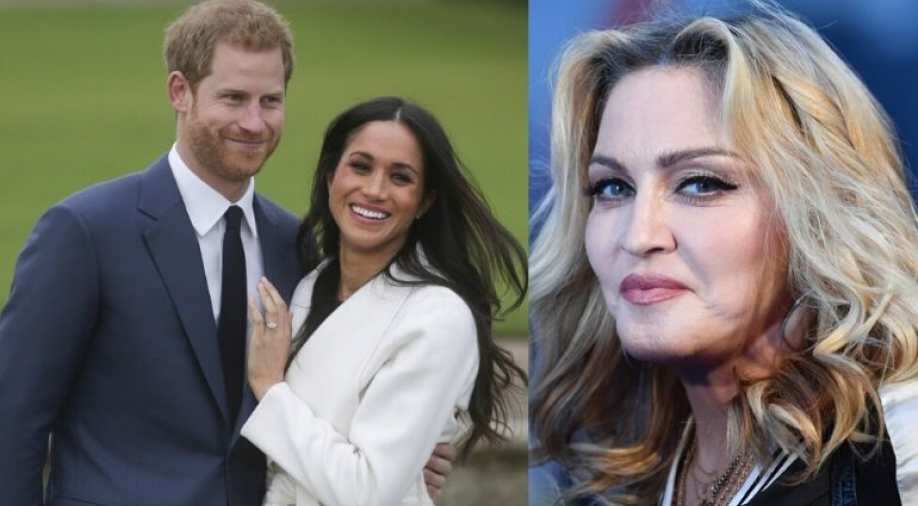 In a video posted on Madonna's Instagram page, the singer can be seen getting ready while speaking to the camera and saying, "Don’t run off to Canada. It’s so boring there.”

Prince Harry and Meghan Markle's exit from the royal family has got everyone talking- including Madonna! The Pop diva has now offered to sublet her New York apartment to the couple and said that they should not live in Canada.

In a video posted on Madonna's Instagram page, the singer can be seen getting ready while speaking to the camera and saying, "Don’t run off to Canada. It’s so boring there.”

The video was posted with the caption, "Do Megan (sic) and Prince Harry want to sublet my apartment on Central Park West??”
In the video, Madonna can be heard saying, "I’ll let them sublet my apartment in Central Park West. It’s two bedrooms. It’s got the best view of Manhattan." She then explains that the apartment has “an incredible balcony” that’s sure to be “a winner” for the duo.
“Buckingham Palace has got nothing on CPW,” she adds. Megxit: Prince Harry, Meghan Markle to no longer bear 'royal highness' title

Ever since they stepped down from their roles in the royal family, Prince Harry and Meghan Markle have not specifically announced where they would be staying. They have only stated that they will be dividing time between North America and the United Kingdom.In pics: 5 times members of the British royal family got into legal feuds with the media

It has been widely speculated that the couple has chosen Canada as their new residence where the couple are currently stationed at. They even spent their Christmas holiday with son Archie for five weeks.