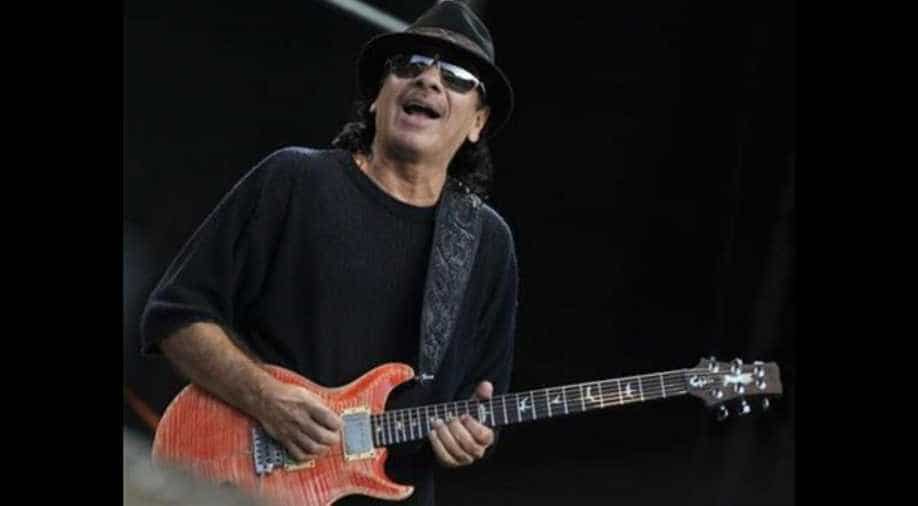 The three-month, 30-date celebration will roll into cities across North America to commemorate two important milestones in the iconic guitarist's career.

Carlos Santana will hit the road this summer for the 'Supernatural Now' tour.

The three-month, 30-date celebration will roll into cities across North America to commemorate two important milestones in the iconic guitarist's career: the 20th anniversary of his multiple Grammy-winning album 'Supernatural' and the 50th anniversary of his momentous performance at the fabled Woodstock music festival.

"It was very electric... electrifying to go on stage at 2.30 in the afternoon and it was an incredible surprise because nobody knew who Santana was because we didn't have an album out," Santana told Reuters. "It was because of the tenacity of promoter Bill Graham who said to Woodstock's producer Michael Lang, 'I will help you put this event on but I want you to have Santana on the bill.' And he said, 'Who's Santana?' He says, 'You'll see.'"

The "Supernatural Now" will kick off in Phoenix, Arizona, on June 22, 2019, and will make stops in Dallas, Chicago, Toronto, and more before concluding at the Jones Beach Theater in Wantagh, New York, on August 25, 2019.

Santana's 1999 album, 'Supernatural' was an unparalleled success and a watershed event in Santana's career. Containing the back-to-back No. 1 singles "Smooth" and "Maria Maria," the album sold over 30 million copies worldwide, topped the charts in over a dozen countries and swept the 2000 Grammy Awards, winning a record-tying nine Grammys including Album of the Year, as well as three Latin Grammys including Record of the Year.

He told Reuters: ""Supernatural stands right there with Michael Jackson's Thriller and also The Eagles' Greatest Hits so it's important that after 20 years we take the time to acknowledge that music touched four corners of the world and also touched a lot of people's hearts."

While Santana admits the shows will highlight songs from both his 'Supernatural' and Woodstock eras, the setlist won't be a dedicated nostalgia trip and will include some new music.