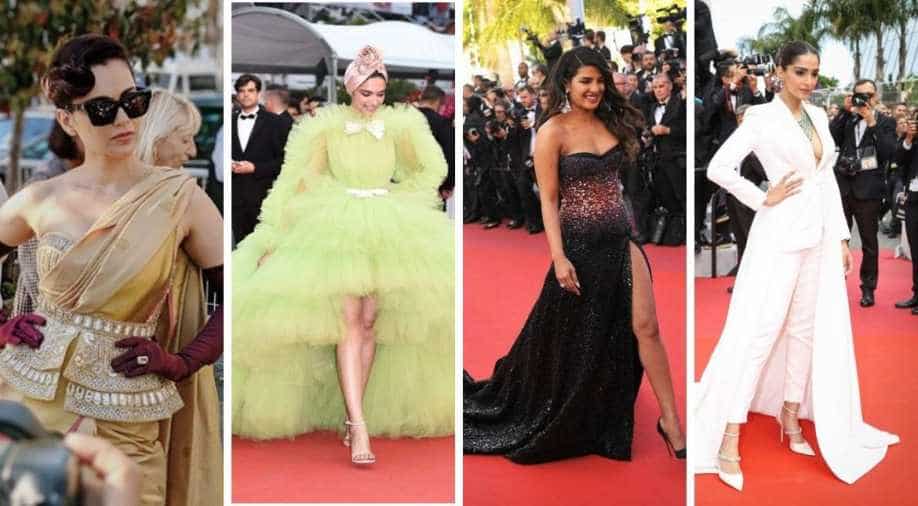 With France slowly emerging from a partial lockdown, the 2021 edition was delayed from the usual May date to July 6-17

The five-star palace hotels are in full swing, the sound of music drifts across the beach and after a 'horrible' year blighted by the coronavirus crisis, the French resort of Cannes is finally buzzing again as it gears up for its film festival.

"We can't wait," said Pierrick Cizeron, chief executive at the Majestic hotel that overlooks the Mediterranean and the festival venue.

Last year the film festival, the world's biggest, was cancelled because of the pandemic.

With France slowly emerging from a partial lockdown, the 2021 edition was delayed from the usual May date to July 6-17.

The festival is to announce its lineup of Palme d'Or contenders on Thursday, with industry insiders speculating on a pick rich in big names.

It is, however, still unclear how many stars will actually make the journey to Cannes, as France still requires non-EU arrivals to quarantine and there is no sign so far that the government will waive that requirement for the prestigious event.

If all goes according to plan, screening venues will be operating at full capacity, but a health pass or a negative PCR test may be required at the door.

Three films are already confirmed for the selection vying for Cannes's top prize.

They are "The French Dispatch" by the American director Wes Anderson -- featuring a star-studded cast including Bill Murray, Tilda Swinton, Timothee Chalamet, Adrien Brody, Benicio del Toro and Saoirse Ronan -- which follows events at the French foreign news bureau of a Kansas newspaper set in a fictitious 20th-century French city.

Another is "Annette," a musical film scheduled to open the festival, by Frenchman Leos Carax starring Marion Cotillard and Adam Driver, with the veteran pop duo Sparks contributing the score and, in collaboration with Carax, the screenplay.

The third is "Benedetta" by Dutchman Paul Verhoeven -- famous for "Basic Instinct" -- about the life of a novice nun in the 17th century who has a love affair with another woman.

Many Cannes-watchers also have Joel Coen with "Macbeth" starring Denzel Washington on the list of possibles, and "The Power of the Dog" by Jane Campion, who in 1993 became the first woman to take the Palme d'Or with "The Piano."

At the last Cannes festival in 2019, the top award went to South Korean film "Parasite" by Bong Joon-ho, which later became the first film not in English to win an Oscar.

There is a chance that the latest instalment of the James Bond series "No Time to Die" also gets a Cannes showing but, as is the tradition for blockbusters, probably outside the competition.

The festival usually pulls in 40,000 people a day -- a number likely to be cut in half this year because of Covid -- and accounts for a fifth of an entire year's hotel turnover in the French resort.

After staff were left "heartbroken" by last year's cancellation, the landmark Martinez hotel now is recruiting 250 staff for the season, its director Yann Gillet said.

The movie extravaganza "is a real driving force and punctuates our year," he said. "Often clients come to see us and ask if it really was Brad Pitt's room."

But bookings overall are still slow. "We are only 10 percent full in June and 25 percent in July," said Cannes hotel union leader Christine Welter.

"It's an unexpected opportunity for people to come to the festival because in normal times it would be complicated," Welter said, as room prices usually get big mark-ups during the festival.

In the expensive shop windows along the seafront Croisette, handbags, dresses and shoes await visitors with money to spend.

The festival "puts a rocket under our sales," said 42-year-old Olivier Zambrana, who works at a Jimmy Choo boutique.

He would usually buy in double stocks for cashed-up festival-goers, but for now, he says, the shop will wait and see how things go.

At Giry, the caterer for the festival over the past 50 years, business is slowly picking up.

In his office, with most of the staff still on furlough, Luc Guibout is recording his first orders in a year.

"There's no big bang but it feels like things are starting to kick off again," he said, after what he described as a "horrible" year.