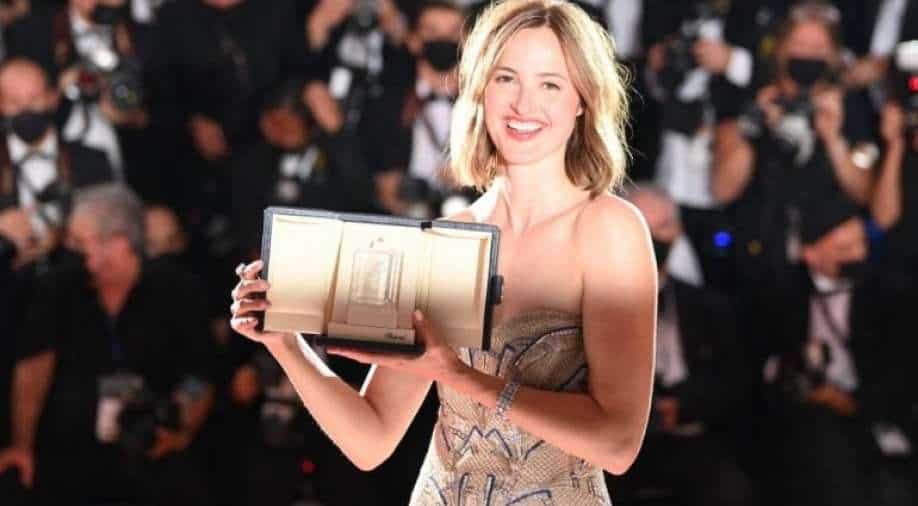 At 33 the Norwegian actress was at an age many in her shoes start thinking about another career, and that they really should have listened to their parents.

If you blinked you will have missed Renate Reinsve's movie career until she became the undisputed breakout star of the Cannes film festival, taking home the best actress award on Saturday.

At 33 the Norwegian actress was at an age many in her shoes start thinking about another career, and that they really should have listened to their parents. Until the premiere of 'The Worst Person in the World' the highlight of Reinsve's time on the big screen amounted to just one minute 10 years ago.

That minute however was in Joachim Trier's 'Oslo, August 31st', and the rising Nordic director could not get her out of his head. "I always wondered why the hell is Norwegian film so messed up that she hasn't had a star role yet?" Trier told AFP. "It's so stupid I thought let's make a movie with her."

"No one has seen me in anything," Reinsve laughed hours after The Guardian compared her protean talent to that of Alicia Vikander and Lily James.

It also declared that "she's just so good. A star is born", as review after review marvelled at this "luminous", "sparkling", "dazzling" unknown. "It's a bit overwhelming for me," Reinsve admitted a few days later. "The other day I woke up and I puked. And today I woke up and I cried.

"This is my first lead. I've done a lot of theatre and some very small and not that great stuff in Norwegian films and TV," she laughed. But Trier never doubted her, and the tearful actress thanked him for "making films so easy" as she picked up her prize.

Although she had only one line in "Oslo, August 31st", the pair spent nine days shooting together because Trier wanted a "specific light situation and her part was going from night to early morning. "The irony is I really got to know her. We had a real movie experience over just one line," he said.

The two became friends and finally Trier and co-writer Eskil Vogt -- who has another film, 'The Innocents' at Cannes -- wrote 'The Worst Person in the World', specifically for Renate.

"There is an awful lot of her in the character. She has had a big, big impact on this film," Trier told AFP.

Reinsve plays Julie a twentysomething ricocheting through relationships and trying to find herself through the men in her life until she finally sets her own course. The film industry bible Variety was so impressed by this melancholic mix of musical, rom-com and coming-of-age story that they said it "deserves to be a touchstone movie" for millennials.

But to begin with Reinsve had her worries. She said she was nervous about playing a woman written by two men. "I was very surprised when I read the script because I was so in touch with it.

"The character is so close to me and I have been through the same as Julie... all the self-doubt" and indecision that follows you through your twenties. "And Joachim was also was very clear that he needed my input and that was very important for both of us."

The character resonated strongly with her. "Growing up before #MeToo you kind of shape yourself with the strong opinions and presence of men. You do," she insisted.

"She finds her identity in others' eyes. When you free yourself from that, you become yourself and stronger. And #MeToo has been a big help," said the actress, who didn't even have an agent before she came to Cannes.

Trier said Reinsve's gift for improvising dialogue was key to the movie's magic. "I could cut four or five different versions of any scene with her in this film."

That also includes a dream sequence sex scene. "Renate and I talked a lot about sexuality and eroticism" for weeks before shooting, Trier said.

"Sex and eroticism is a big part of being human. I would be an idiot if I avoided that just because I was a man making a film about a young woman."

Reinsve said the time and trust built up over months of preparation and rehearsal also helped to deepen the chemistry between her and co-star Anders Danielsen Lie, who also shines in "Bergman's Island" at Cannes.

Trier said its long 54-day shoot was the secret. "It is emotional exploitation in some ways... if you don't give actors the time to do a proper job when they come exposed with their heart on their sleeve."