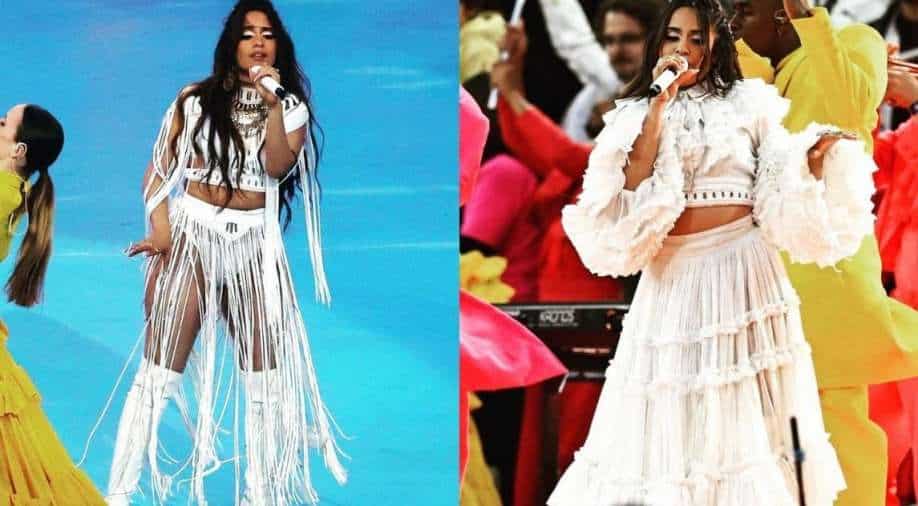 As chaos ensued at UEFA Champions League Final, the riot police fired teargas at fans and the match between Liverpool and Real Madrid got delayed.

As popstar Camila Cabello took to the opening ceremony stage ahead of the UEFA Champions League final, Liverpool supporters took their frustration and anger out on the singer by booing her mercilessly.

Wondering what’s all the rage about? Well, according to the European football governing body UEFA, thousands of frustrated fans were stuck outside the stadium due to some fake tickets being circulated among them. Due to the chaos, French police had to fire tear gas to disperse the crowd which resulted in a delay in the final match between Liverpool and Real Madrid. To stop the situation from escalating, the riot police took stringent actions against those creating a ruckus.

Inside the ground, meanwhile, proceedings eventually got underway with empty seats in the stands despite numerous supporters stranded outside.

The 25-year old performed a medley of four of her hits including `Senorita` and `Don`t Go Yet` as The Reds prepared to take on Real Madrid in Paris on Saturday night, reports mirror.co.uk.

Football presenter Gary Lineker appeared to be caught up in the problems himself, taking to Twitter to say: "Finding it impossible to get in the ground. This appears to be very dangerous. Absolute carnage."

He soon added that "I`m not sure it`s possible to have a more poorly organised event if you tried. Absolutely shambolic and dangerous", before tagging UEFA`s account.

Liverpool FC released a statement midway through the second half of the game, which they ultimately went on to lose by a single goal.

It read: "We are hugely disappointed at the stadium entry issues and breakdown of the security perimeter that Liverpool fans faced this evening at Stade de France. This is the greatest match in European football and supporters should not have to experience the scenes we have witnessed tonight.”

"We have officially requested a formal investigation into the causes of these unacceptable issues,” the statement further read.

UEFA, meanwhile, responded with a statement of its own blaming the problems on the purchasing of counterfeit tickets.

As per reports, Camila commented on the whole booing situation in a number of tweets, which she later deleted. Nearly 2 hours after the final whistle, the singer took to social media to share that the supporters in the stadium were singing too loud as she was performing with her crew.

In the now-deleted tweet, the 25-year-old singer wrote, “Playing back our performance and I can't believe people were singing their teams anthems so loud during our performance. Like my team and I worked tirelessly for so long to bring the right vibes and give a good show."