As per reports, the queen was there for both the services.

According to reports, Prince Andrew avoided the limelight and attended an earlier service with other relatives. Prince Philip stayed away as he was only discharged from hospital on Tuesday where he was being treated for what Buckingham Palace described as a pre-existing condition, news agency Reuters reported.

Queen Elizabeth's second son, Prince Andrew, has kept a low profile since he stepped down from royal duties last month in the wake of a scandal over his friendship with convicted sex offender Jeffrey Epstein.

This morning The Prince of Wales, The Duke and Duchess of Cambridge, Prince George and Princess Charlotte joined Her Majesty The Queen and Members of the @RoyalFamily for the Christmas Day church service at St Mary Magdalene Church in Sandringham. pic.twitter.com/cdhrh0OJub

Although Andrew did not join other members of the family for the traditional morning walk to the 11 am service, he was seen walking along a path with his brother Prince Charles to St Mary Magdalene church near the Queen's estate in Sandringham, eastern England in time for a 9 am service. 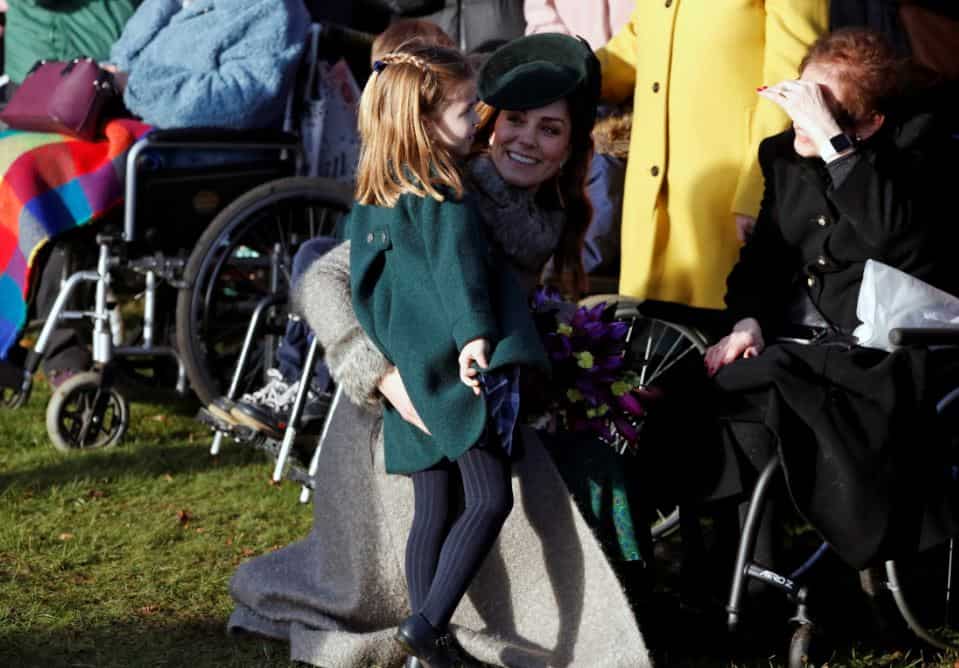 As per reports, the queen was there for both the services.

Thank you to everyone who came to say hello – and Merry Christmas! pic.twitter.com/kjwyJtOvlU

Other members of the royal family who were present included Prince William along with his wife Kate and their two children. Prince George and Princess Charlotte made their maiden Christmas gathering at St Mary Magdalene Church on Wednesday.

Prince Harry and his family - wife Meghan Markel and baby Archie - are away on a visit to Canada.