What makes Ranveer Singh so popular? Decoding the enigma on his birthday 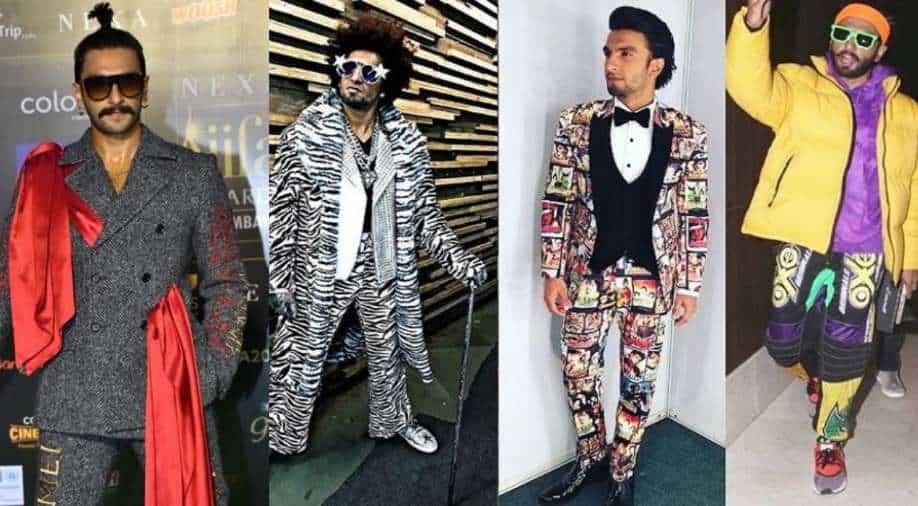 Under normal circumstances—strictly going by his image and the energy he exudes—Ranveer Singh’s 36th birthday would have been a grand feast with him bouncing back and forth amid guests, in all probability dressed in tangerine overalls and a pair of golden boots. But, for now, here’s wishing the loudest and most memorable Bollywood actor a quiet, non-theatrical happy birthday!

When Ranveer Singh comes up in a conversation, what are the top five things you think of right off the bat? We will go first: wacky clothes, impressive repertoire, a livewire, bling bling bling… and of course, his crackling chemistry with Deepika Padukone. But Ranveer Singh—the showman—was once coy and just coming out of his cocoon: the uber cool selfies with fans and pretty much everyone he now stands next to, happened years later.

Born to a businessman father, Ranveer Singh burst onto mainstream Bollywood with his sleeper success ‘Band Baaja Baaraat’ in 2010 co-starring Anushka Sharma who he went on to date for a brief while. Unlike many embroiled in the twisted dynamics of tinsel town, Singh had no inhibitions in hobnobbing with the crème crowd or landing meaty roles for that matter. He quickly climbed up the ladder: both professionally and in the social circle. By 2012, he was one of the most sought-after actors in Bollywood. But as is the case with most artists, the actor doled out many a flop, too. ‘Kill Dill’ with Parineeti Chopra was a cinematic disaster, and so was ‘Befikre’ with Vaani Kapoor. ‘Gunday’ with his then thick buddy Arjun Kapoor didn’t fare well at the Box Office, ‘Ladies VS Ricky Bahl’ received a lukewarm response, too. Poor choices he did make, repeating them he did not.

Some of his path-breaking acting—and by that we mean isolation-till-insanity-befalls level of method acting and other rigorous trainings—came in the form of Sanjay Leela Bhansali’s ‘Bajirao Mastani’ and ‘Padmaavat’. Despite the controversies the latter had courted, Ranveer Singh was a magnanimous presence on screen and an enchanter of a villain. But RS is a lover boy at heart. His love-struck Romeo avatar in ‘Bajirao Mastani’ and ‘Ram Leela’ pushed even cynics to consider falling (and staying!) in love. The undeniable chemistry with ladylove Deepika happened on sets, as per numerous reports, the five-year courtship and unofficial royalty-esque wedding was just a testament to their love: an extension of what was already visible to the naked eye.

It is outlandish charm and unique persona that draws people towards him. At a time when novices were projecting themselves as two goody shoes—right at the start of his career—Ranveer talked openly about his ‘more than one’ one-night stands with Indian magazines. The quirky clothes and blingy jewelry soon followed. In his over a decade old career, Ranveer Singh has worn skirts, metallic coats and jackets of shades we didn’t know existed, enough jewelry to put Bappi Da to shame and has mastered the art of PDA with Deepika as his sole subject of adulation. “He is one of the finest actors of his time, and a stand-out persona, too,” said someone.They are not one bit wrong.
No matter what his next ‘crazy’ move is going to be—at an event, social media, or just a simple advertisement—Ranveer’s theatrics is palpable and his quench for the craft, insatiable. Even a toddler on a street will agree that Ranveer Singh, the actor, is never switched off or dims the lights on him. To Singh, by all means, the world is truly his stage and we, his mere spectators.

Some may call him a buffoon, a PR-hungry actor, an exhibitionist, but the truth is he is an able and well-deserved ‘one of the highest paid’ actors in the country.

Under normal circumstances—strictly going by his image and the energy he exudes—Ranveer Singh’s 36th birthday would have been a grand feast with him bouncing back and forth amid guests, in all probability dressed in tangerine overalls and a pair of golden boots. With fans and paparazzi turning up in equal numbers. One day perhaps we shall all meet him in person and stand next to the man who clicks uber cool selfies with one and all. But, for now, here’s wishing the loudest and most memorable Bollywood actor a quiet, non-theatrical happy birthday!