Tiger is back! Salman Khan shares teaser, movie to hit cinemas next year 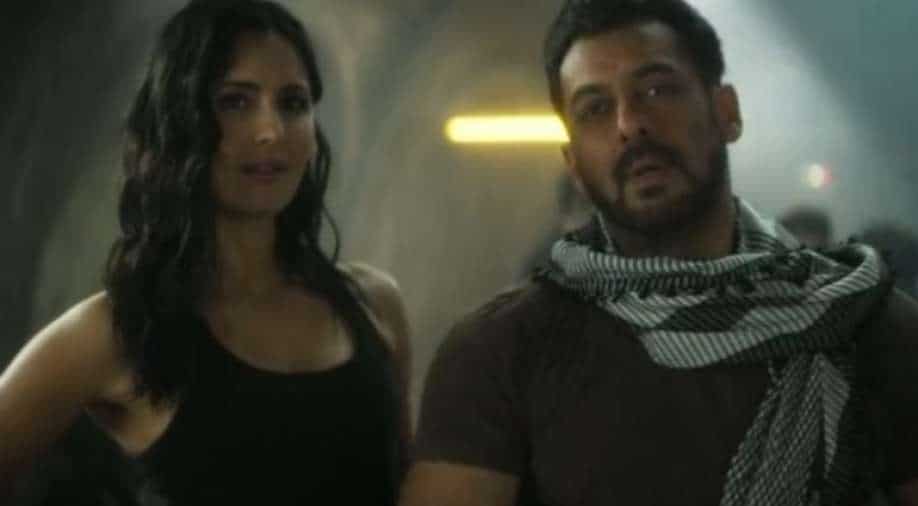 Salman Khan and Katrina Kaif were last seen together in the 2019 film 'Bharat'.

Good news for all the Salman Khan fans, after a much wait 'Tiger 3' has finally been announced.

On Friday, the superstar took to social media to make the big announcement and shared the first teaser of the movie. The action drama will release on Eid 2023. The almost one-minute teaser showed Katrina in an action avatar as she's getting trained by stunt choreographers. Apart from her, the teaser also shows Salman in full swag as Tiger, "Tiger is always ready," he says.

The duo was last seen together in the 2019 film 'Bharat'.

Watch the teaser below:

'Tiger 3' is the third instalment of the Tiger franchise. First movie was released in the year 2012 film, named 'Ek Tha Tiger', directed by Kabir Khan.
The sequel of the first part is named 'Tiger Zinda Hai', directed by Ali Abbas Zafar, that released on 22 December 2017.

The franchise centres on two fictional characters, one an Indian spy (RAW) named Avinash Singh Rathore aka Tiger, and the other a Pakistani spy (ISI) named Zoya Humaini who fall in love with each other.

The upcoming movie is helmed by Maneesh Sharma, will also feature Emraan Hashmi in the role of the lead antagonist.

A first in the world, Prabhas starrer 'Radhe Shyam' announces its own version in Metaverse

After the big announcement, the social media is abuzz with many fans hailing Salman's new movie and the famous on-screen couple Salman and Katrina's reunion for the espionage drama.

A Twitter user wrote, “Blockbuster Announcement.....really it's touch to our heart.....”. Another user took to micro-blogging site Twitter and tweeted, “No actor in bollywood can match the level of swag.”

No actor in bollywood can match the level of swag machoism of @BeingSalmanKhan he is simply unbeatable in this department. The solely reason why a character like tiger is now regarded as a CLASSIC.. get ready for a BLOCKBUSTER#Tiger3

It has to be only #SalmanKhan's idea, he knows all the tricks to get people jump with excitement..#Tiger3 https://t.co/JCfCl3F2w0

Gonna be Biggest event movie of Bollywood in term of Everything. Safe to Say Bollywood first 400 Crore movie Loading.....#Tiger3 @BeingSalmanKhan 🔥🔥