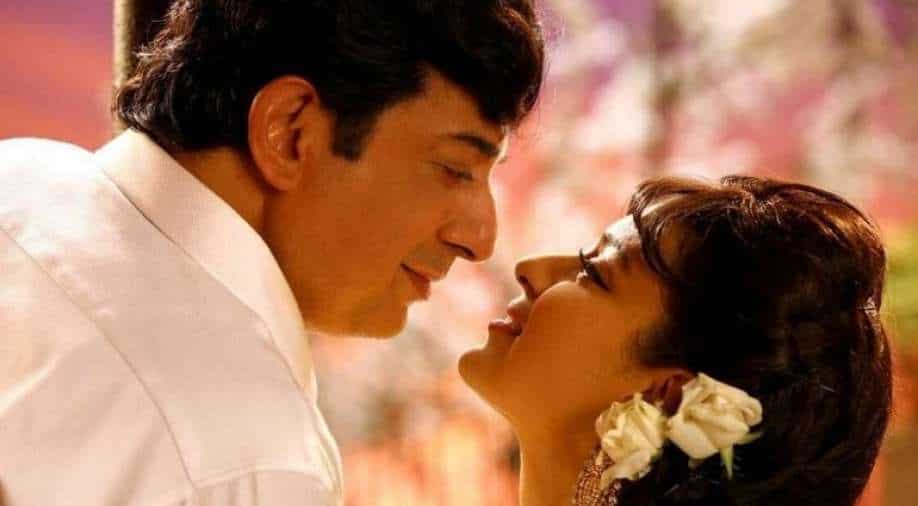 Arvind Swamy and Kangana Ranaut in a still from Thalaivi. Photograph:( Twitter )

The elements of a great biopic are all there in 'Thalaivii' but the film falters due to a very weak screenplay that does nothing to tap into Kangana Ranaut's talent as an actor.

Kangana Ranaut may have been been in headlines in the recent past for reasons other than her films, but there is no denying the fact that when she is given a good script, she delivers. Time and again, Ranaut has proved her mettle and her versatility in the simplest of the stories. In her latest, 'Thalaivii' takes on a tough role and essays one of the strongest women in Indian politics, J Jayalalithaa. But does Kangana deliver? Only in parts.

Directed by Vijay, 'Thalaivii' sets out documenting J Jayalalithaa's tryst in politics, her closeness to MGR and subsequent rise as the leader of AIADMK and the Chief Minister of Tamil Nadu. And while the elements of a great biopic are all there- the film falters due to a very weak screenplay that does nothing to tap into Ranaut's talent as an actor. Instead, it presents Ranaut as herself and in so many scenes she is just playing haughty star that she has become who blows her own trumpet at the drop of a hat. Even some of the dialogues seem to just pad up Kangana's recently created image of a self-made star who doesn't need anyone to prove her worth in the film industry.

The late Jayalalithaa was known for her ability to break into a largely male-dominated political arena and create her powerful position there- so much so that the men who at one point of time shunned her, bowed down to her in respect and fear as she became the CM. There is a lot of material available of the late politician and writer KV Vijayendra Prasad never really delves deeper and instead present the known facts in a more dramatised manner in 'Thalaivi'. The result is that the film never hits you or leaves an impact about the leader, instead, it presents Kangana in a larger than life persona. Rajat Arora's melodramatic lines just accentuate Kangana's star persona and does nothing to aid the actual story.

Also read: We need to discourage English films from taking over our screens: Kangana Ranaut to WION

'Thalaivii' also highlights MGR and Jayalalitha's relationship - which is also very much in the public domain. The first half is spent in establishing the bond that the two shared and how Jayalalithaa as a newbie in the film industry was made comfortable by then the legend MGR. Their affair too is never explicitly detailed in the film and it is mostly suggestive, perhaps keeping in mind the sentiments attached to the two stalwarts. In one of the early scenes in the film, Jayalalithaa - as the leader of the opposition - is questioned about her relationship with the late leader and heckled in the state assembly by DMK party leaders. The scenes appear twice but nowhere does Kangana's character answer the burning question. In other occasions their love is explained with spiritual metaphors- 'God cannot be loved by one, God is loved by all," says MGR in one scene. In another Jayalalithaa compares herself to Radha, Lord Krishna's favourite consort.

Not just their love story, the film never really attempts to dig deeper into how the former CM of Tamil Nadu paved her way in politics. The screenplay mostly skirts around incidents and leaves a lot to the interpretation of the audience. From MGR and Jayalalithaa's mid-day meal schemes to their alliance with Congress to her campaigning while still recovering from a serious accident- all are shown but none in great detail.

While the film is about Kangana Ranaut playing Jayalalitha, it is Arvind Swami who shines the most as MGR and gets the late leader's mannerisms perfectly. It is also a delight to watch Swami in a full-fledged role after a long time. There is Madhoo who plays Janaki Amma and while her scenes are limited, pairing the former 'Roja' couple brings back memories of the 90s. The other actor who delivers is Raj Arora who plays MGR's right-hand man Veerappan and who dislikes Jayalalithaa's closeness with his leader. The other actors - especially the women- have limited screen time because only one woman is allowed to shine.

Kangana meanwhile, has her moments playing the leader but poor writing and her star status prove to be hindrances. Despite the prosthetics, the makeup - we get flashes Kangana the star, who delivers sermons and gyaan on social media often these days or who struts out of the airport waving at the camera with Z plus security surrounding her. The actor in her takes a backseat.

The background score is ear-splittingly loud and too dramatic and always plays out victory music when Kangana is on screen - which is a tad unnecessary.

Is 'Thalaivii' Kangana's best performance to date? No. But it documents a leader's life whose journey has been inspirational (sometimes even questionable) for a generation that may not be too familiar with Tamil Nadu and its politics.