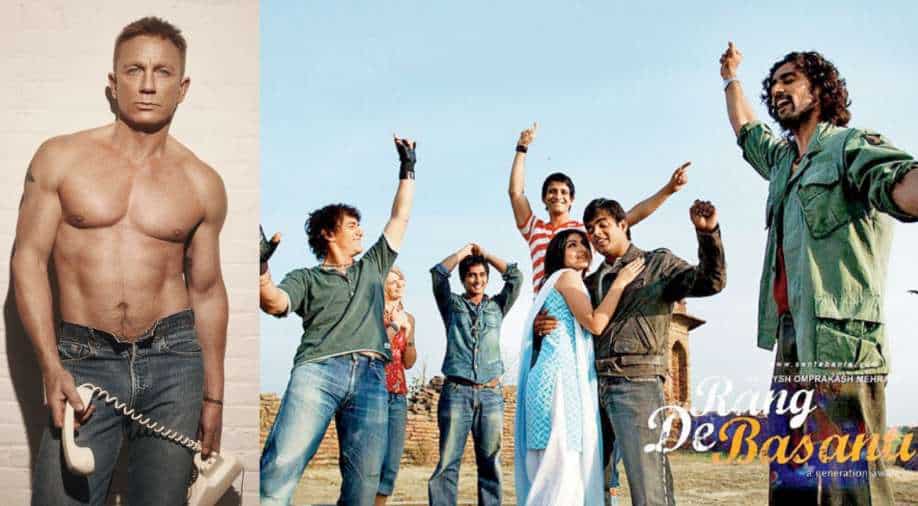 Daniel Craig backed out of the film as he was 'being considered for James Bond'; (R) A still from the iconic Bollywood film 'Rang De Basanti' Photograph:( Instagram )

"Daniel Craig was my first choice but he requested if we could allow some time as he was also being considered to be the next James Bond. The rest, as they say, is history," Bollywood director Rakeysh Omprakash Mehra wrote in his autobiography ‘The Stranger in the Mirror’.

Daniel Craig may have gone global with his stint as the British spy James Bond but there was a time when he had wanted to be a part of and even auditioned for an Indian iconic movie, ‘Rang de Basanti’ (RDB), claims director Rakeysh Omprakash Mehra in his autobiography ‘The Stranger in the Mirror’.

“I remember vividly that one of the people who auditioned for the part of James McKinley, the young jailor who walks Bhagat Singh, Rajguru and Sukhdev to be hanged, was none other than current James Bond, Daniel Craig… Daniel Craig was my first choice but he requested if we could allow some time as he was also being considered to be the next James Bond. The rest, as they say, is history,” Mehra wrote.

Back in the day, Mehra wanted to create world cinema and had managed to get executive producers David Reid and Adam Bowling on board. The duo has two cult classics—'Lock, Stock and Two Smoking Barrels' (1998) and 'Snatch' (2000)—behind them.

The London-based executive producers loved the script of ‘RDB’ and put up their houses for rent while they moved to India to set up the film. “They were responsible for casting Alice Patten and Steven Mackintosh for the parts of Sue and James McKinley, respectively,” says Mehra.

Mehra went on to reveal that he had almost finalized Peter Gabriel—one of the founding members of the British band genesis—but something inside of him said that he should go with A.R. Rahman instead.

“The music of RDB was the soul of the film; the songs AR created became de facto national anthems,” said the ace director.