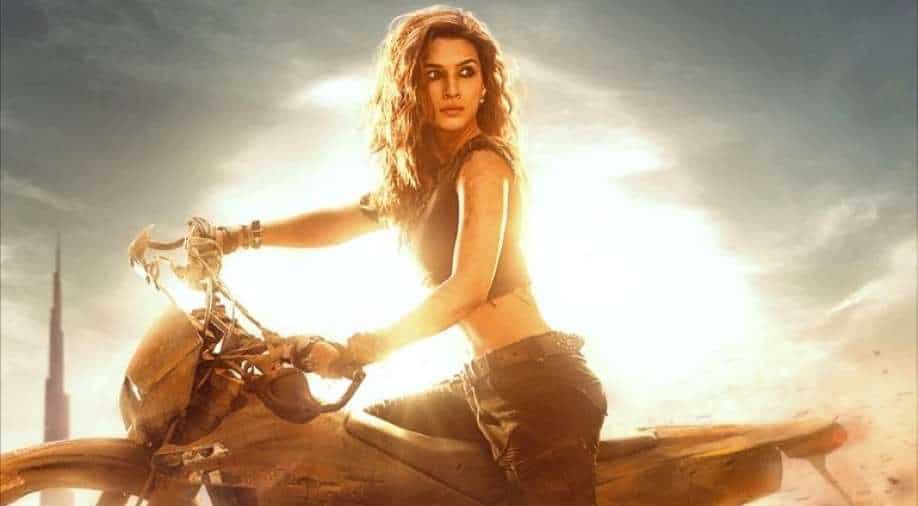 Kriti Sanon is reuniting with her first co-star Tiger Shroff. The two made their Bollywood debut in a film called 'Heropanti' in 2014.

Kriti Sanon is reuniting with her first co-star Tiger Shroff. The actress on Wednesday confirmed that she will play the lead in the upcoming action film 'Ganapath' which co-stars Shroff. The two made their Bollywood debut in a film called 'Heropanti' in 2014.

Tiger too announced on Instagram, "Khatam hua intezaar @kritisanon. Super excited to work with this bundle of talent again #Ganapath."

A motion poster introduces Kriti in an electrifying avatar as Jassi. Sharing the poster, Kriti wrote on Instagram: "Meet JASSI !! Super Duper Excited for this one!! Teaming up once again with my very special @tigerjackieshroff! Can`t wait for the shoot to begin! Lets KILL it!"

Talking about the Vikas Bahl directorial, Kriti said, "I`m thrilled to reunite with Tiger after about seven years and also to be directed by Vikas in a space that is so new to me."

She added, "I`ve been wanting to explore the genre of action since a while now and I`m super excited to do so on such a massive scale with Pooja Entertainment! Jackky is a very passionate producer and I`m glad to be starting my journey with them with such a cool character."

Director Bahl said, "Kriti not only has a riveting screen presence but she also has the persona of a superstar. She is truly `The Right One` to star opposite Tiger as I am confident she will make a perfect action heroine. I am extremely excited and looking forward to working with the two wonderful artistes."

The film is being billed as a dystopian action thriller and is slated to go on floors soon. Pre-production work has already begun. 'Ganapath' is scheduled to release in 2022.