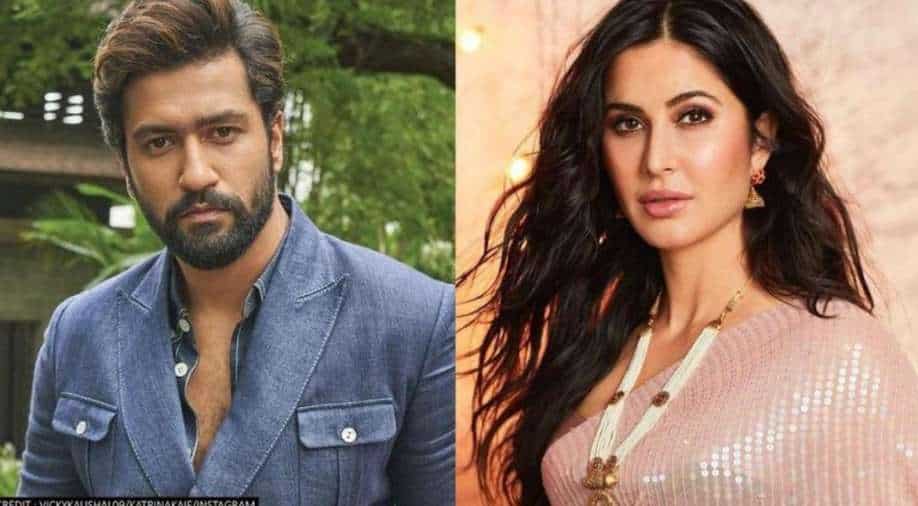 Katrina Kaif and Vicky Kaushal will reportedly tie the knot on December 9. Here's all the details of the big Bollywood wedding.

In the age of social media, Bollywood stars Katrina Kaif and Vicky Kaushal managed to keep their two-year-long relationship under wraps. They still haven't confirmed their relationship nor have they made any public appearance together but the two popular actors are all set to tie the knot this week.

Katrina obliged the paparazzi on Sunday night as she and her family arrived at Vicky Kaushal's residence for pre-wedding functions. Looking stunning in a white saree, Katrina waved at the camera before entering the actor's residential building. See pics here

Considering the wedding is a private affair, very few details are known. Here's what we know so far.

Katrina and Vicky are reportedly set to get married on December 9 at a luxury resort called the Six Senses Resort at Fort Barwara in Sawai Madhopur, Rajasthan. Media reports state that preparations are on at the venue in full swing where the couple along with their family will arrive by  Monday evening. The administration held a meeting with local police last week to rank up the security around the place ahead of the big event.

A total of 120 guests have reportedly been invited for the wedding which includes Katrina's mother, and her siblings and Vicky Kaushal's parents and brother, actor Sunny Kaushal. From the film fraternity, director Kabir Khan and his wife Mini Mathur and director Anand Tiwari are likely to attend the event. Some media reports state that Shah Rukh Khan too is part of the guest list. The guests have reportedly been asked to sign a non-disclosure agreement and no mobile phones are allowed at the venue. Although sources close to the couple have stated that no such clause has been made by the couple.

On Tuesday morning star couple Neha Dhupia and Angad Bedi and Kabir Khan with his family were spotted at Mumbai airport leaving for the wedding. Punjabi singer and actor Gurdas Mann, who is also part of the guest list was also spotted leaving for the venue.

Festivities will begin from December 7 onwards with a sangeet ceremony followed by Mehendi on December 8 and a wedding on December 9. News reports state that the actors will have two ceremonies- Hindu and Christian- with Katrina's brother Sebastien Laurent Michel playing the best man to the bride.

Katrina's bridal Mehendi reportedly costs somewhere between Rs 50,000 to Rs 1 lakh. The henna that will be applied has been specially procured for the occasion. Vicky Kaushal reportedly will make his entry with seven white horses. Dharamshalas around the hotel has been booked for the security staff of the guests. The guests were reportedly welcomed with a performance on 'Khwaja Mere Khawaja' on Monday evening.

No wedding in Bollywood is complete without a party for the film industry. The couple will host a reception in Mumbai at a later stage for their film industry friends. The date of the event has not been announced so far.