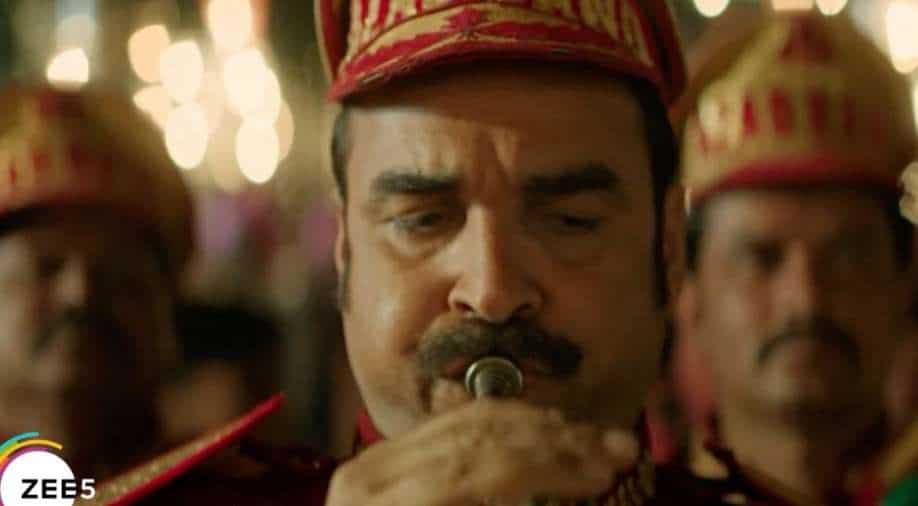 Satish Kaushik’s film, ‘Kaagaz’ tells the story of a Bharat Lal, who has been marked as ‘dead’ in the official government papers and is waging a war for reclaiming his identity

Teasing his fans with yet another film, Pankaj Tripathi is back to woo us as a dead man, atleast that’s what land revenue records show him. Makers have released the trailer of his upcoming film ‘Kaagaz’.

Satish Kaushik’s film, ‘Kaagaz’ tells the story of a Bharat Lal, who has been marked as ‘dead’ in the official government papers and is waging a war for reclaiming his identity.

Bharat is desperate to prove that he is alive. He has a family and lots of plans for future but they cant come to fruition unless he can prove that he’s alive. He asks the village sarpanch to sign the required documents, files a case in court and even renames himself as Bharat Lal Mritak (deceased) to get the country and the media’s attention. He even forms an alliance with all those who have been wrongly termed dead due to silly clerical errors.

Satish Kaushik will also be seen in the film as an actor. He will play Bharat’s lawyer.

On the film. Pankaj had earlier said, “Kaagaz is a brilliantly written true story. It is quirky, black comedy and depicts common man’s humorous journey on identity crisis. My character will be quite different from some of my recent ventures and I am excited to be a part of such an inspiring story. This story needs to be heard and I am definite that ZEE5 will give it the reach that it deserves.”