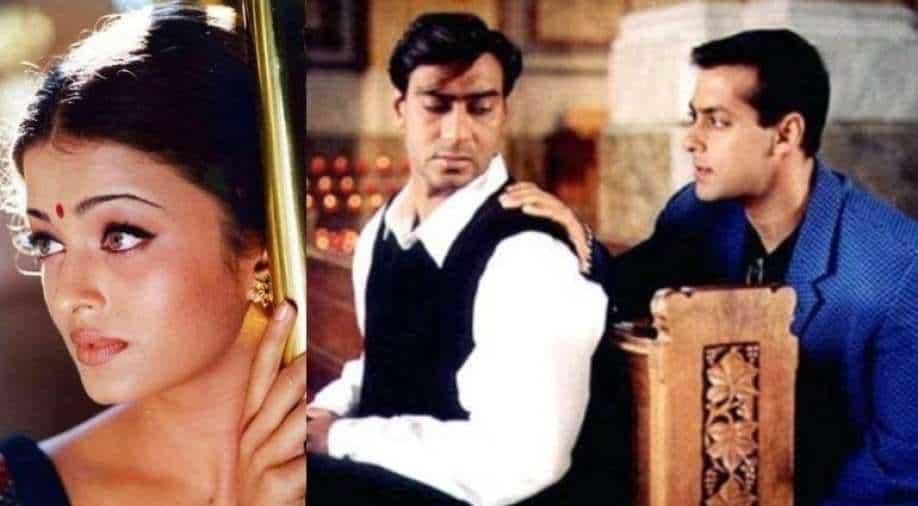 'Hum Dil De Chuke Sanam' released in 1999 and was that year's biggest hit.

'Hum Dil De Chuke Sanam' released in 1999 and was that year's biggest hit.

Recalling the film`s release all those year`s ago, Ajay posted photos and admitted that he never imagined film would create history.

"22 years of Hum Dil De Chuke Sanam; Salman, Sanjay, Ash & I knew we were making a super-sensitive film. Didn`t think though that it would create history. Humbled. #22YearsOfHumDilDeChukeSanam @aishwaryaraibachchan_arb@beingsalmankhan #SanjayLeelaBhansali @bhansaliproductions," wrote Ajay, along with a string of pictures from the set of the film.

Meanhwhile, Salman treated his fans with a BTS picture of him with director Sanjay Leela Bhansali from the sets of the film."Baees saal ho gaye `Hum Dil De Chuke Sanam Ko`," Salman wrote on Instagram.In the image, Salman can be seen giving a candid smile while looking at Bhansali.

The film's leading lady Aishwarya Rai too shared a series of photos with Bhansali and wrote, "22 years of “HUM DIL DE CHUKE SANAM”I am reminded, by such an outpouring of love… but my dearest Sanjay… This one is evergreen… Forever… THANK YOU… and to ALL our audience world over… and my everLOVING family of well-wishers… THANK YOU FOR ALL YOUR LOVE…ALWAYS. Much LOVE too"

The film was a love story of Sameer (played by Salman) and Nandini (played by Aishwarya). Ajay essayed the role of Vanraj, Aishwarya`s husband, who helped his wife to reunite with her lover Sameer (Salman) in Italy. However, the story took a turn when Nandini (Aishwarya) had a change of heart and decided to stay with Vanraj (Ajay) instead of running away with Sameer (Salman).