Here's how Ranveer Singh celebrated his 10 years in showbiz 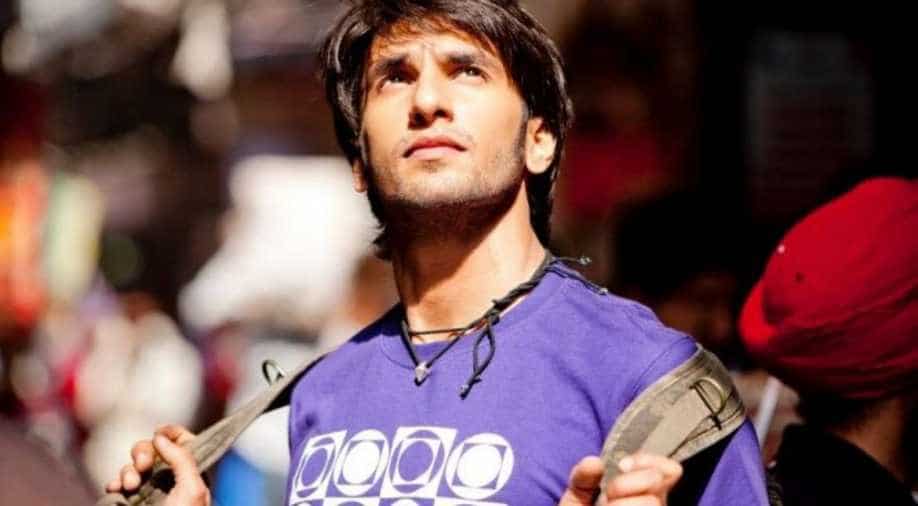 Ranveer Singh made his debut alongside actor Anushka Sharma in 'Band Baaja Baarat' and won hearts with his acting.

Ranveer Singh is entertaining us for a decade now, the actor today is celebrating her 10 years in the showbiz.

Singh who has incredible career shared the photo on his social media handle as he celebrated the milestone by going to a theatre, along with the picture, he also penned the heartfelt note. In the picture, he can be seen standing in the theatre with a mask on.

"To commemorate my 10-year milestone in the movies....it was only fitting that I return to the sacred chamber of dreams. It was marvellous", he captioned the picture.

In an interview, Ranveer talked about his achievement and have he ever dreamed of this kind of success that he is enjoying now. "Not at all! Right from the very first Friday of my debut film, the kind of things that have happened to me, including the beats of my career as well as the entire journey, has just been beyond my wildest imagination. I could not even dream of the things that have happened to me, with me and around me." the actor said.

Ranveer made his debut alongside actor Anushka Sharma in 'Band Baaja Baarat' and won hearts with his acting. Over the years, he played many memorable characters including, Maratha warrior in 'Bajirao Mastani' to Khilji in 'Padmavat'.