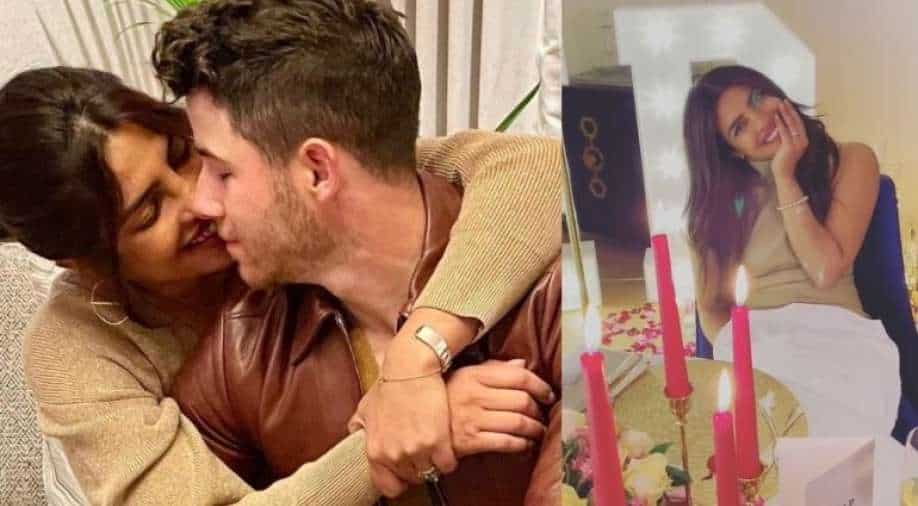 The couple who got married in a glitzy ceremony in 2018, took to their Instagram handle to share a glimpse of their romantic candlelight dinner.

Sharing a glimpse of the same, Nick dropped a video featuring PeeCee and the beautiful decor, which included a neon sign that spelt out “FOREVER” along with floral arrangements, wine and petals on the floor. He captioned it, “3 years” followed by a heart emoji.

The actress was looking stunning as she sat in a royal blue chair wearing a neutral-coloured sleeveless turtleneck dress.

Meanwhile, Priyanka also gave a small insight into her romantic date night.  She shared a picture of her dinner table set up featuring red candles, flowers and even a card that read, “Found you, married you, keeping you.” In the back, we can see a white feathery wall with the words ‘always and forever’. Chopra shared the picture with a caption, “Living the dream @nickjonas.”

Priyanka is curruntly in London for her work commitments.