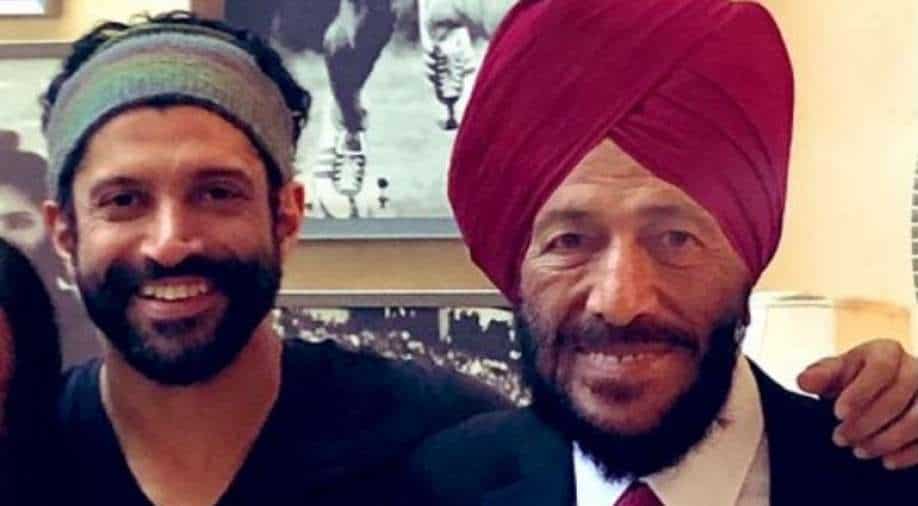 Legendary Indian sprinter Milkha Singh aka ‘Flying Sikh’ lost his battle to the coronavirus disease (Covid-19). Singh breathed his last on Jun 18, 2021, due to COVID complications, he was 91.

Singh's death sent shockwaves across the nation. Farhan Akhtar, who portrayed the role of Milkha Singh in the 2013 National Award Winning film 'Bhaag Milkha Bhaag',  expressed his grief on the passing away of the legend.

After his death was announced, Farhan Akhtar took to his social media and called him a large-hearted, loving, warm, down to earth man. The actor penned his heartfelt tribute for the track legend.

He wrote: "Dearest Milkha ji, A part of me is still refusing to accept that you are no more. Maybe it`s the stubborn side I inherited from you.. the side that when it sets its mind on something, just never gives up. And the truth is that you will always be alive. Because you were more than a large-hearted, loving, warm, down to earth man."

"You represented an idea. You represented a dream. You represented (to use your own words) how hard work, honesty and determination can lift a person off his knees and get him to touch the sky. You have touched all our lives. For those who knew you as a father and a friend, it was a blessing.

For those who didn`t like a constant source of inspiration and a reminder of humility in success. I love you with all my heart," Farhan concluded his post.

Rakeysh Omprakash Mehra's biographical film 'Bhaag Milkha Bhaag' was based on the life of the legendary Indian sprinter. The movie went on to become a huge hit and won Farhan a number of accolades.