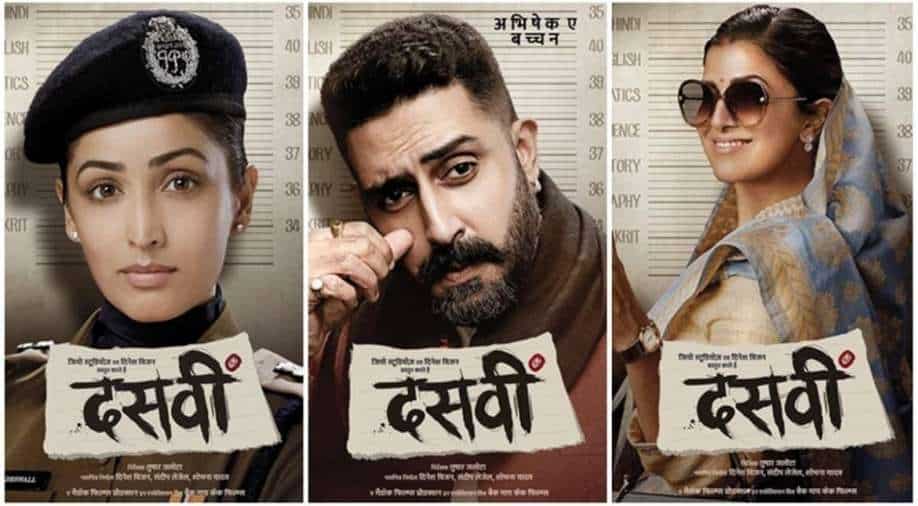 ‘Dasvi’ is produced by Dinesh Vijan’s Maddock Films in association with Bake My Cake films.

The social comedy ‘Dasvi’ is by Dinesj Vijan as Abhishek Bachchan will be seen playing the role of Ganga Ram Chaudhary in the film. The film also features Yami Gautam and Nimrat Kaur.

Dasvi, written by Ritesh Shah, went on floors on Monday. It is being directed by debutante Tushar Jalota.

Abhishek Bachchan took to Instagram to share his look from the film. Sporting a muffler and a stud, Abhishek as Ganga Ram Chaudhary looks smug in the poster. He is seen standing against the backdrop of a marksheet that consists of subjects like Mathematics, Science and English.

Yami Gautam’s poster shows her in a cop uniform while Nimrat Kaur’s character Bimla Devi is seen in a sari. The actor’s first look suggests Bimla Devi is a politician, as Nimrat is seen showing the victory sign looking at the camera.

‘Dasvi’ is produced by Dinesh Vijan’s Maddock Films in association with Bake My Cake films.