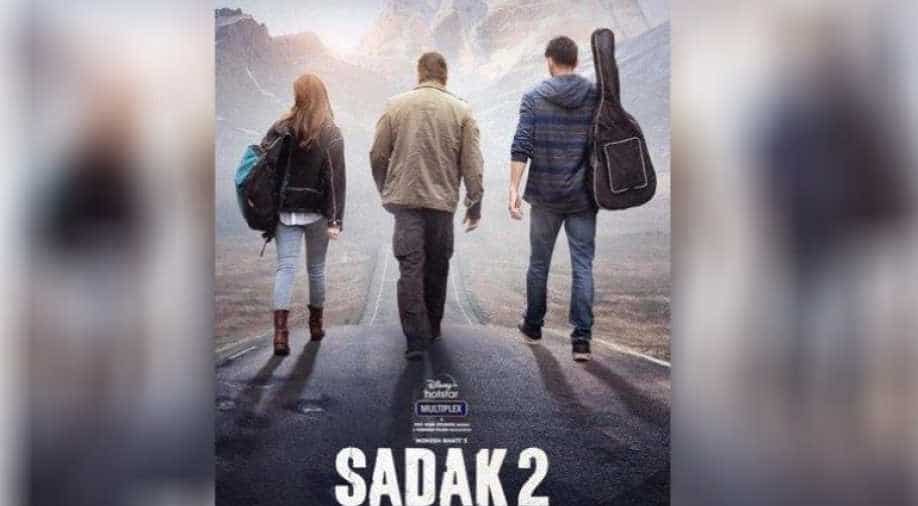 Director Mahesh Bhatt is making a comeback with 'Sadak 2'. He will helming a film almost after two decades.

Director Mahesh Bhatt is making a comeback with 'Sadak 2'. A sequel of sorts of his earlier 1990s hit 'Sadak', the film has Mahesh Bhatt directing his two daughters Alia and Pooja along with Sanjay Dutt and Aditya Roy Kapur.

On Thursday morning, the cast shared the poster of the film and revealed the release date as well. The film will be premiering on Disney + Hotstar on August 28.

“Sadak 2, the road to love streaming on @DisneyPlusHotstarVIP from 28 August #DisneyPlusHotstarMultiplex #MukeshBhatt #SuhritaSengupta," Alia wrote on Instagram as she shared the poster which features her along with Sanjay Dutt and Aditya Roy Kapur.

The film was initially slated for a theatrical release but owing to the pandemic, the makers opted for a digital release.