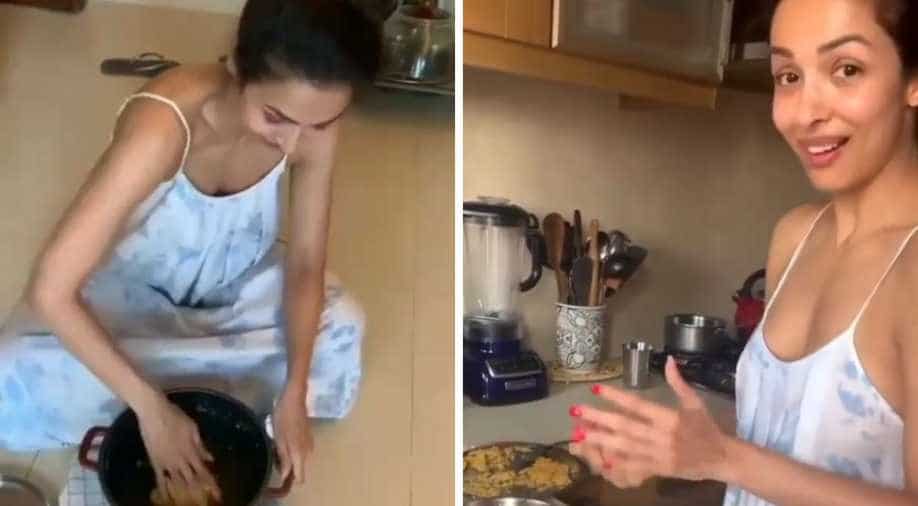 The 46-year-old fitness enthusiast posted to Instagram a couple of pictures as she sat for a meal with sister Amrita Arora and other family members.

Bollywood diva Malaika Arora on Sunday shared a glimpse of Onam celebrations at home as she had a hearty meal with family `after over 5 months.`

The 46-year-old fitness enthusiast posted to Instagram a couple of pictures as she sat for a meal with sister Amrita Arora and other family members.

The first picture captures the glimpse of the table set with lip-smacking items as Malaika snacks on papad along with sister, while their mom stood aside.The other snaps show the family relishing on the food in a traditional manner as they have food in clean banana leaves instead of the plates.

The other pictures feature the kids binging on the items and a close up of the meals prepared specially for the festival.
Along with the post, Malaika noted, "Our table is set ... and finally after over 5 months we all together at my parents home n on this very auspicious day of Onam... thank u mom @joycearora for this lovely spread. Onam Sadya."

Celebrity followers including Riddhima Kapoor Sahni and more than 1 lakh fans liked the post showcasing the tasty recipes and the family feast.

Craving for the delicious recipes, Bipasha Basu commented, "Yummy."While Sanjay Kapoor said, "That`s a lot of food." (along with a tongue out and winking emoji)Sophie Choudhry also chimed into the comments section and sent wishes on the festival. She noted, "Happy Onam you guys... @joycearora aunty that looks friggin awesome".