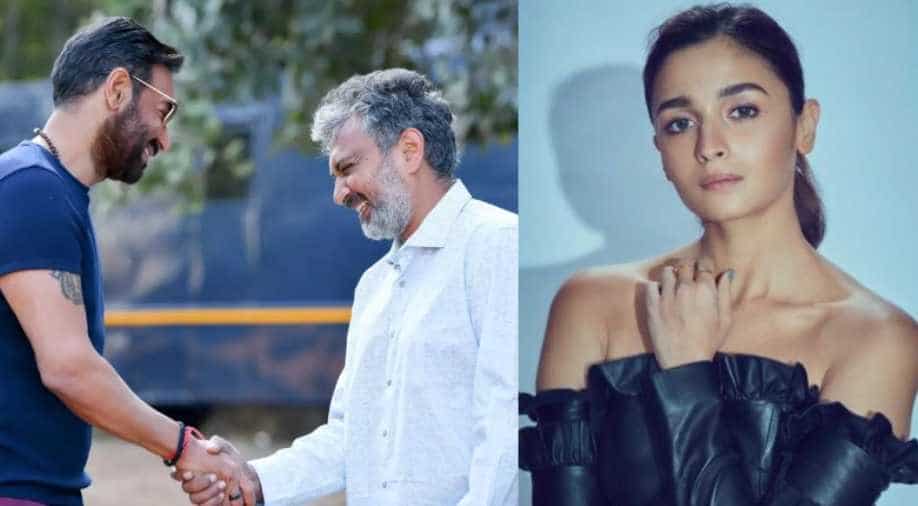 The film 'RRR' also has a new release date now as it is releasing next year instead of July 2020.

Ajay Devgn has not taken his fees for his role in SS Rajamouli's 'RRR'. At least that's what the latest reports suggest.

Rajamouli's 'RRR' is being made on a budget of Rs 300 crores and will have a multi-lingual release in the country. According to reports, Ajay refused to charge his fees for the film as he has a cameo appearance in the film and his relationship with the director is several years old. A source cited in a report said, "Ajay didn't want a single penny for his guest appearance. Rajamouli's producers were even willing to pay him his full market price for the guest role. Ajay said he would rather not take any fee for this friendly appearance for a friend."

This is contrary to what was reported earlier as it was said that Ajay would charge a huge guest appearance fee for the film.

What most don't know is that Ajay has dubbed for the Hindi version of Rajamouli's 2012 film 'Eega', which featured Kichcha Sudeep, Samantha Ruth Prabhu, Srinivas Reddy, and Nani among others. Thus, 'RRR' will be reunion of Ajay Devgn and Rajamouli after eight years. The actor had in fact tweeted, "My association with SS Rajamouli dates back to 2012. We've collaborated in many interesting ways since. Working with him in RRR is an honour and pleasure."

My association with @SSRajamouli Sir dates back to 2012. We’ve collaborated in many interesting ways since. Working with him in #RRR is an honour & pleasure. https://t.co/G88HeNAVLG

The film is set in the 1920s and it is a fictitious story based on freedom fighters Alluri Seetharamaraju and Komaram Bheem, who fought against the British Raj and the Nizam of Hyderabad, respectively. It will open in theatres on January 8 next year. It was earlier slated for July 2020 release.

#RRR will hit the screens on January 8th, 2021! We know the wait is long but we promise to keep giving you updates in the meanwhile. #RRROnJan8th pic.twitter.com/yObn0Axl9J

Your love and support have made all our hard work and hectic schedules worthwhile! We are working round the clock to give you a cinematic experience like never before. And with a huge worldwide release planned, we have had to postpone the date of release.

The film will release in Hindi, Tamil, Telugu and Malayalam.