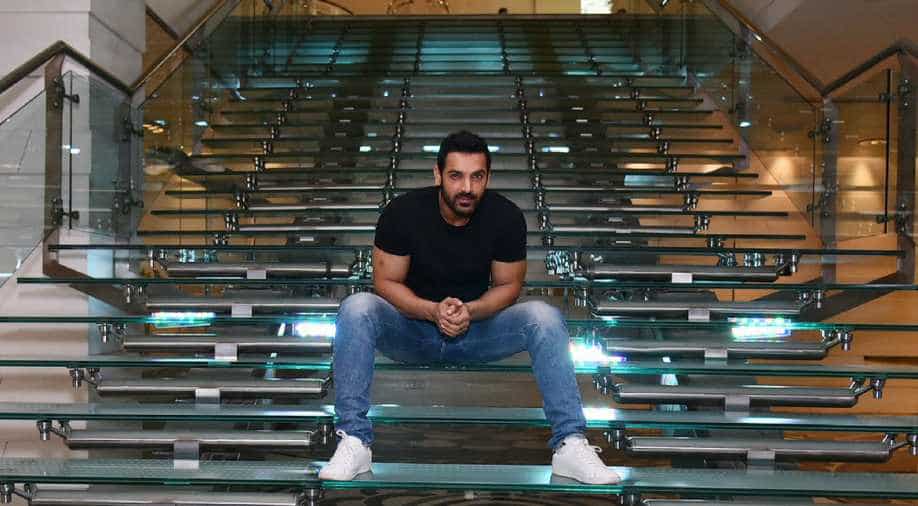 In an attempt to pump up Indians with positivity amid the coronavirus crisis, the actor-director duo teamed up on Saturday to launch a poem of hope, and gratitude

Many big names from the Bollywood on Saturday extended their praise and appreciation to actor John Abraham and director Milap Milan Zaveri for their joint effort in releasing the motivational poem -- `Mera Bharat Mahaan.`

In pics: Celebrities who have offered personal properties for quarantine facility

In an attempt to pump up Indians with positivity amid the coronavirus crisis, the actor-director duo teamed up on Saturday to launch a poem of hope, and gratitude.

One of the firsts to positively react to the motivational poem was ace filmmaker Karan Johar. Sharing the video on Twitter, the 47-year-old director extended his 'love' to John and 'Satyameva Jayate' director Milap.Riteish Deshmukh was the other name to appreciate the poem. This is amazing !!!! Well done @TheJohnAbraham& @zmilap, the 41-year-old actor tweeted.

Set in a motivational tone and the poem vastly sends the message of unity among people, the courage and hope people show despite the ongoing difficulties the country is facing.

It also addresses the difficulties, but the tireless spirits of doctors and police officials who put their lives at risk to help people feel secure.

Written and conceptualised by Zaveri, the poem express gratitude to the front-line responders and their help during the crisis.