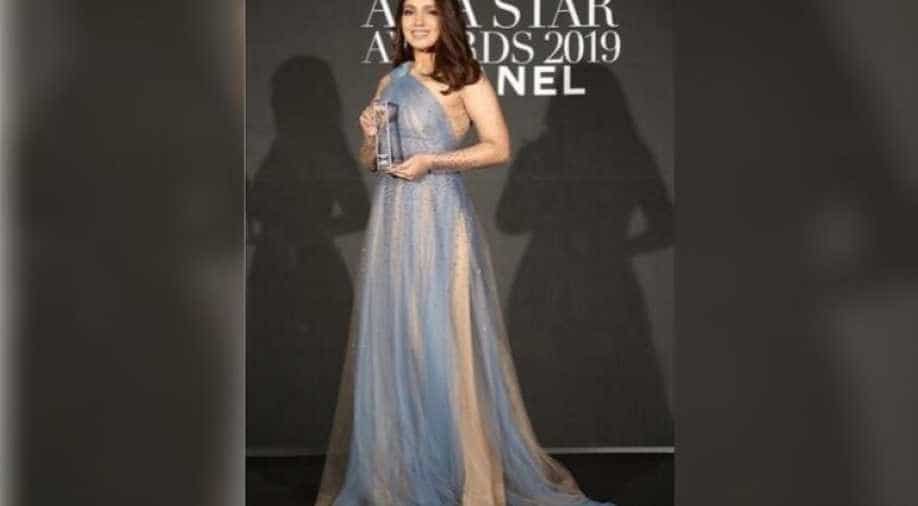 The actor who attended the award show in South Korea for the screening of her upcoming film 'Dolly Kitty Aur Woh Chamakte Sitaare'.

Bhumi Pednekar, who stood out as one of the most exciting young actors of Bollywood ever since her brilliant debut in 'Dum Laga Ke Haisha' has bagged the 'Face of Asia' award at the 24th Busan International Film Festival.

''I am humbled and very touched that my work has resonated with audiences and critics in Busan. It's my first international win so I am very proud of it," said Bhumi after accepting the award.

''I would want to thank my entire cast, my director Alankrita Shrivastava and my producers Ekta Kapoor and Ruchikaa Kapoor for this great opportunity," said the actor.

"I have aspired to act in films that have something important to say and have worked sincerely to deliver convincing performances. I hope to be part of a brilliant cinema that will be liked and remembered fondly in the future," said the 30-year-old actor.

The who's who of Asian entertainment, show biz and allied industries attended this event, with over 150 filmmakers and celebrities turning up to raise a toast to young inspirers at Busan.

The versatile actor is known for her keenness to experiment on screen. She most recently played an elderly sharpshooter from rural Haryana in 'Saandh Ki Aankh'(trailer), which is also her next release.