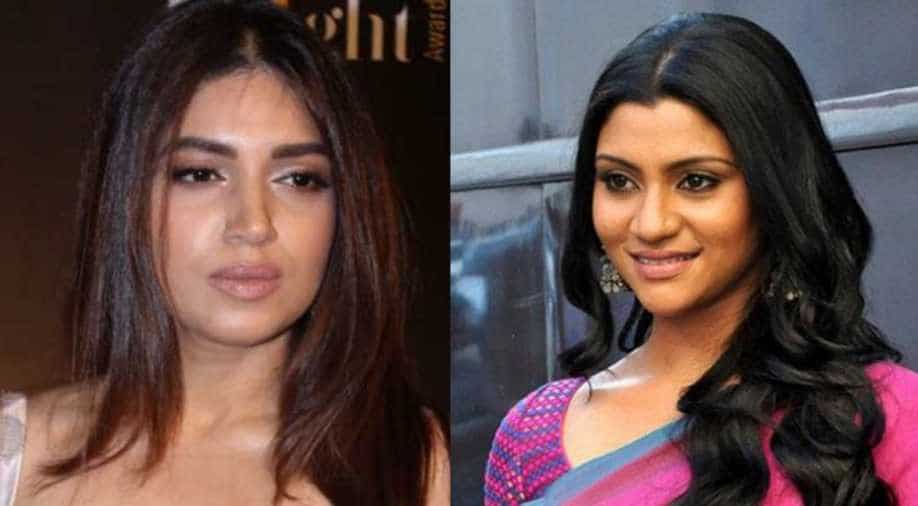 The film will have its world premiere at the Busan International Film Festival on October 3.

‘Dolly Kitty Aur Woh Chamakte Sitare’ starring Konkona Sen Sharma and Bhumi Pednekar will have its world premiere at the Busan International Film Festival. The film will premier on October 3 at the festival.

While the plot of the film has not been revealed yet, the recently released poster shows Bhumi and Konkona with their heads inside birdcages as Konkona dons a saree while Bhumi is seen in western casual. Bhumi's character can be seen smoking a cigarette with a glass of liquor in her hand.

The shooting for the film concluded in January and it is said to have been shot extensively in Noida.

‘Dolly Kitty Aur Woh Chamakte Sitare’ is directed by Alankrita Shrivastava whose shot to fame with her film ‘Lipstick Under My Burkha’ that came out in 2017. She also created a buzz on the internet with web series titled ‘Made in Heaven’.

Alankrita recently opened up on her film and said, "My endeavour is to constantly challenge the way women are represented in Indian popular culture. Society and cinema try to put women into boxes — 'good', 'brave' or a caricature vamp. We need to do away with these boxes. Women characters can do cowardly things; that makes them real. And yet, find their moments of courage. Through my writing, I try to capture that in-between-ness of women. Dolly Kitty is my boldest attempt at expressing the moral ambiguity of women."

Meanwhile, ‘Dolly Kitty Aur Woh Chamakte Sitare’ has been produced by Shobha Kapoor, Ekta Kapoor and Aashish Singh under the Balaji Motion Pictures banner and is scheduled to be released this year.