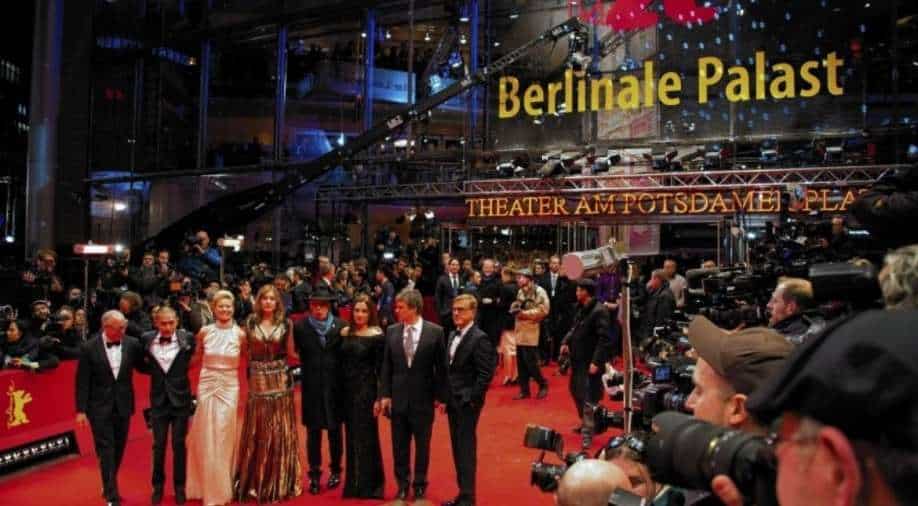 The 71st Berlin Film Festival wraps up on Friday after a pandemic-era edition unlike any before, with the awarding of its Golden Bear best picture prize and its first "gender neutral" acting gongs.

Critics watching the movies on their laptops said that for all the lack of red-carpet glamour, it was a vintage year for the main selection of 15 films, with few duds and a clutch of gems.

"Petite Maman", a moving coming-of-age drama by France's Celine Sciamma, and "Mr Bachmann and His Class", an ambitious German school documentary, were lavished with praise.

The Guardian's Peter Bradshaw called Sciamma's latest "a spellbinding jewel" and a "beautiful fairytale reverie", while New York-based critic David Ehrlich compared it to the Japanese classic "Spirited Away" for blurring the "soft borders between real and invented worlds".

- Outdated sex distinctions -
Weighing in at nearly four hours, Maria Speth's "Mr Bachmann and His Class" portrays an iconoclast teacher on the cusp of retirement who takes his secondary school pupils from a range of immigrant backgrounds under his wing.

Indiewire said it was "one of the year's most hopeful movies" while Britain's ScreenDaily said the affable Bachmann seemed like "Bill Murray's German cousin" with a knack for boosting his pupils' self-esteem in the face of poverty and discrimination.

The enthusiasm raised speculation Stevens could walk away with the Berlinale's first "best performance" Silver Bear, after the festival did away with its best actor and actress trophies. A supporting performance will also be rewarded.

Cate Blanchett and Tilda Swinton have both welcomed Berlin's bid to set aside outdated sex distinctions, a move the festival's director Mariette Rissenbeek told AFP was aimed at "spurring the discussion about gender justice" in the entertainment industry.

- 'Gripping and impressive' -
Reviewers also swooned over the first Georgian picture in competition in almost 30 years, "What Do We See When We Look at the Sky?", about two lovers who don't recognise each other when a curse changes their appearance.

Mexico's Alonso Ruizpalacios premiered the Netflix feature "A Cop Movie" which mixes documentary and narrative techniques to look at the struggles of police work in the country's capital.

The Hollywood Reporter hailed it as a "an intriguing, completely deconstructed look at what it takes to both be a cop and to play one, especially in a place where cops are often regarded as criminals themselves".

Meanwhile German drama "Fabian: Going to the Dogs", a Weimar-era tragedy about the descent into fascism, drew favourable comparisons to the hit series "Babylon Berlin", with Der Spiegel magazine calling it "gripping" and "impressive".

The Berlinale jury is made up of six previous Golden Bear winners including last year's laureate, dissident Iranian director Mohammad Rasoulof, who claimed the prize for "There Is No Evil", about capital punishment.

Five of the members saw the films in person in the German capital in a specially reserved cinema, while Rasoulof watched from Tehran under house arrest