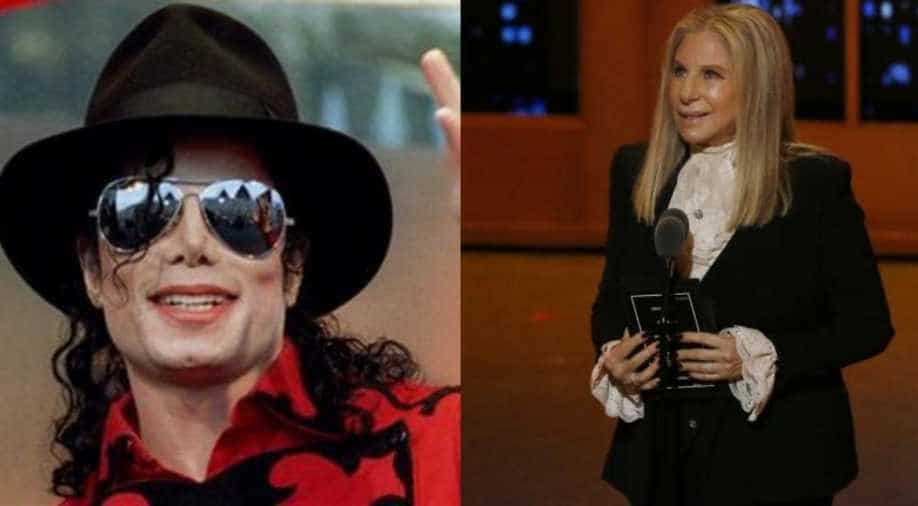 The documentary 'Leaving Neverland' has been in the news ever since it was announced as it apparently details incidents of sexual abuse by late star Michael Jackson of two men when they were children.

Singer-songwriter Barbra Streisand is under fire for her comments on Michael Jackson’s documentary ‘Leaving Neverland’ that delves into sexual abuse of two men Wade Robson and James Safechuck as children by the late pop icon.

In her response to the docu-feature, Barbra said that according to the documentary, the two as kids “were thrilled to be there” and what happened “didn’t kill them." She did not dismiss the allegations though and said she “believes” the abuse but puts more blame on their parents than The Gloved One.

She also said about Michael: “His sexual needs were his sexual needs, coming from whatever childhood he has or whatever DNA he has. You can say ‘molested,' but those children, as you heard say [grown-up Robson and Safechuck], they were thrilled to be there. They both married and they both have children, so it didn’t kill them.”

She then added, “I feel bad for the children. I feel bad for him. I blame, I guess, the parents, who would allow their children to sleep with him. Why would Michael need these little children dressed like him and in the shoes and the dancing and the hats?”

After she made these comments, the director of the film, Dan Reed tweeted: “'It didn’t kill them’ @BarbraStreisand did you really say that?!”

Other users too commented on her remarks and said they were “disappointed”.

Barbra then apologised on Twitter and said: "I am profoundly sorry for any pain or misunderstanding I caused by not choosing my words more carefully about Michael Jackson and his victims because the words as printed do not reflect my true feelings. I didn’t mean to dismiss the trauma these boys experienced in any way. Like all survivors of sexual assault, they will have to carry this for the rest of their lives. I feel deep remorse and I hope that James and Wade know that I truly respect and admire them for speaking their truth."

Meanwhile, the documentary has led to a major backlash of the pop star among his fans. Several radio stations have dropped his songs from playlists and his daughter Paris Jackson also has something to say on the matter.

Michael Jackson died at the age of 50 in 2009 from cardiac arrest.