As a gesture of respect, Burj Khalifa lit up with Shah Rukh Khan's name on his 54th birthday 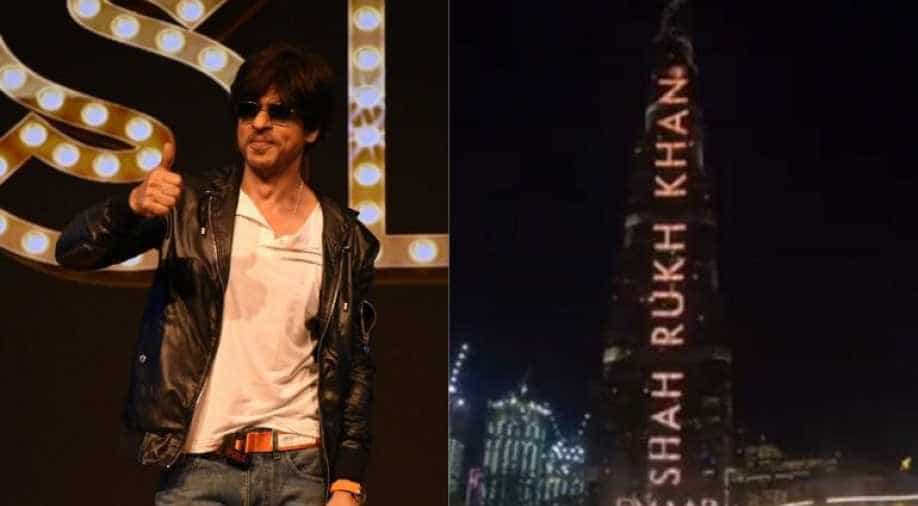 Shah Rukh turned 54 on November 2. Wishes had poured in from many of the Bollywood celebrities and people from other walks of life.

We must say, it was a celebration fit for a King! The world's tallest and famous building, Burj Khalifa in Dubai was on Saturday lit up with the name of actor Shah Rukh Khan on the occasion of his 54th birthday.

Shah Rukh shared a video of the same on Twitter and Instagram in which his name can be seen lit up on the iconic tower in Dubai along with the message, "Happy Birthday... To the King of Bollywood"."To my brother, the awesomely cool Mohamed Alabbar and Burj Khalifa, Emaar Dubai. Thanks for making me shine so bright. Your love and kindness are unsurpassable. Wow! This is really the Tallest I have ever been. Love u Dubai. It's my birthday and I'm the guest," Shah Rukh wrote alongside the video.

To my brother, the awesomely cool Mr. #MohamedAlabbar and @burjkhalifa @emaardubai. Thanks for making me shine so bright. Your love and kindness is unsurpassable. Wow! This is really the Tallest I have ever been. Love u Dubai. It’s my birthday and I’m the guest!

It was indeed a treat for Shah Rukh's fans residing in Dubai. In the video, people can be seen watching the fabulous fountain show along with a song in the background from his movie 'Om Shanti Om'.

Shah Rukh Khan turns 54: From Dubai mansion to Bugatti Veyron, list of most expensive things owned by the superstar

Shah Rukh turned 54 on Saturday. Wishes had poured in from many of the Bollywood celebrities and people from other walks of life.

On the work front, Shah Rukh has been away from the big screen for almost a year now as his last movie 'Zero' was released in 2018.

However, as per the media reports, the actor has recently promised his fans for an official announcement about his next project.