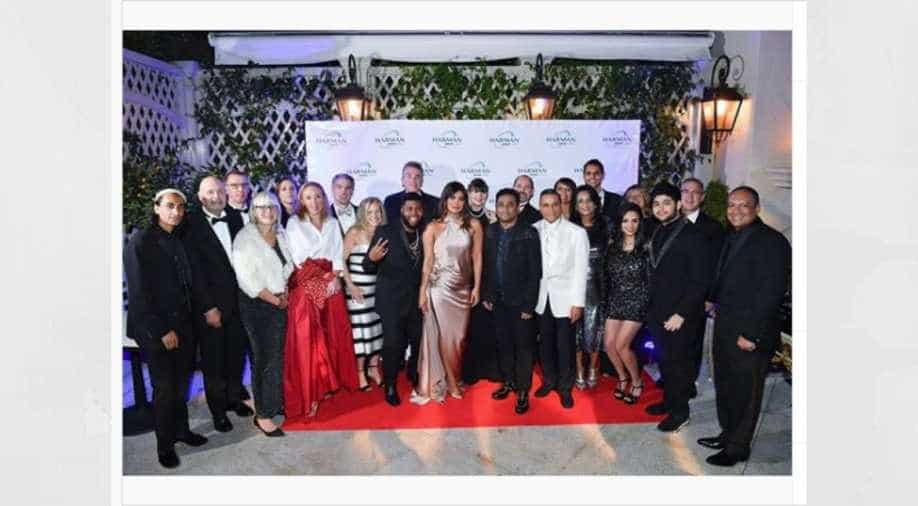 The Oscar-winning composer can be seen standing right next to Priyanka Chopra, who was also one of the attendees at this year’s Grammys ceremony.

AR Rahman shared a picture from this year’s Grammys and it’s something you should totally see as it has Priyanka Chopra in the same frame.

Rahman revealed that the picture is a part of a party that happened right before the 62nd edition of the Grammy Awards.

The Oscar-winning composer can be seen standing right next to Priyanka Chopra, who was also one of the attendees at this year’s awards ceremony. She gave out an award with husband Nick Jonas and was one of the biggest hooters for husband as Nick and his band The Jonas Brothers performed that night.

Rahman went to the Grammys with son Ameen. He shared a picture of himself, along with his son Ameen and singer-songwriter PJ Morton, who is also a part of pop band Maroon 5.

Meanwhile, Priyanka Chopra was also in news post Grammys for her outfit that some felt was too revealing. She was trolled by social media users. Read what Indian TV actress Hina Khan had to say on Priyanka's dress.