Hina Khan defends Priyanka Chopra’s Grammys dress: I challenge you to wear it for ten minutes 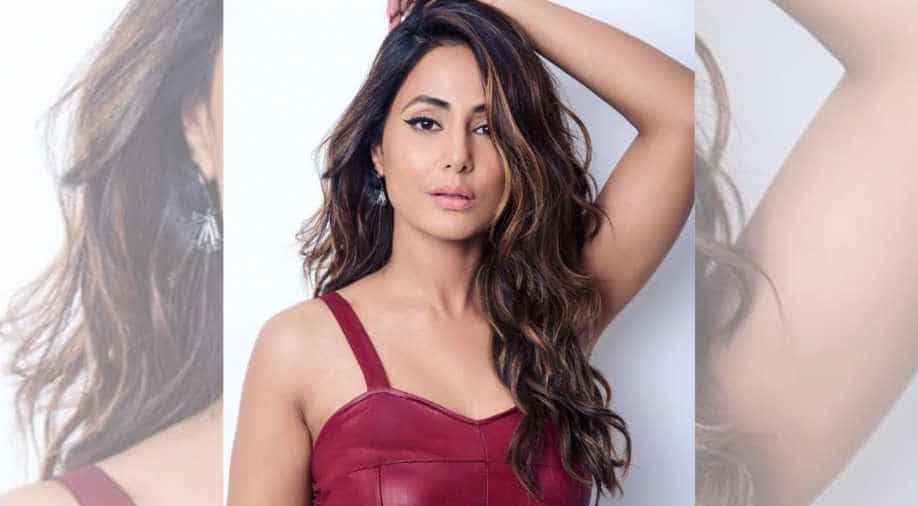 In a candid chat with WION, Hina Khan opened up about her Bollywood debut with ‘Hacked’, good friend Priyanka Chopra’s Grammys dress & more.

One of India’s biggest TV stars Hina Khan made her debut in Bollywood with Vikram Bhatt’s film ‘Hacked’, a suspense-thriller that released on February 7, discussing the perils of being online and maintaining a virtual profile that resembles our real world. Essaying the role of a smart and glamorous woman named Sameera Khanna, the film tackles issues of online data security and cyber crime in an engaging story of love and pain.

Talking about her debut film, personal take on cyber crime and laws regarding it and Priyanka Chopra’s Grammys 2020 dress, Hina Khan spoke to WION in an exclusive conversation.

Opening up about her first feature film, Hina said, “Hacked is a thriller on hacking and stalking about this girl Sameera Khanna aka Sam in the film, a fashion editor whose life goes for a toss when one fine day she finds out that a 19-year-old boy has become obsessed with her, to the point of him becoming psychotic for her. This is the story of millions as it’s happening to so many people today.”

She added, “This is a sensitive and important subject to be talked about. This is why I took up the project. I broke down several times while shooting thinking of all that many women are suffering from.”

The film, however dark, has been a learning for the actress as Hina admits to having taken a lot from it. She doesn’t keep pictures on her iCloud, doesn’t save banking details or any pin numbers on her mobile ever since she understood how easy it is for hackers to clone one’s phone and transfer details into another device.

Hina also mentioned that more than laws, which already exist, people need to be more cautious about what they store in their phones. “Before you go to anyone and file a report, there are certain don’ts and do’s to follow. You might not post something online but if you have it on your phone there is always a risk of data getting leaked or stolen. When we didn’t have this technology, everybody remembered phone numbers, bank account details and more,” said Hina on being vigilant of your data.

But interestingly, Hina doesn’t spare too much thought on hackers as she believes in today’s age and date, public figures abroad take control of their lives in their hands in the wake of a hack and share that piece of information with their fans even before the hacker can attempt.

Hina, who is also known for her glamour quotient -- wooing audiences with her stint at Bigg Boss, Cannes and other such public platforms, said it’s important to experiment. “Whenever we decide outfits for me, I like to try different things. In one word, my styling advice to all girls out there, is to experiment.”

The actress also opined on Priyanka Chopra’s scintillating Grammys 2020 appearance that had the world talking. When asked what she thought of her look like a style diva herself, Hina said, “Today only I read somewhere that she is going to be a part of ‘Matrix 4’ cast. All I want to tell anyone who is trolling her for the dress, dude you’re not even half where she is! She doesn't give a damn. Keep trolling her and she will keep climbing higher. She has taken India to a huge level. She is a global star and you have the audacity to troll her on her dress. I challenge the trolls to wear the dress for ten minutes. It’s easy to wear flowy and covered clothes. I know how difficult it is to wear such dresses and she is wearing it with so much grace, elegance and class.”

“The worse is that the Indian media is trolling her. When someone from abroad wears a plunging neckline till the navel, it is okay but when Priyanka Chopra does it, it becomes an issue. Priyanka looked gorgeous. The dress was revealing but she's okay wearing it. She is walking the Grammys,” stressed Hina furious at people trolling good friend Priyanka on her choice of dress.

Hina’s favourite film genre is horror thriller even though she would like to explore everything. The actress has another feature film with Zee5 and a couple of other things that she is in talks for with different production houses.