Anvita Dutt on 'Bulbbul' success: Good stories work regardless of the platform it's made for 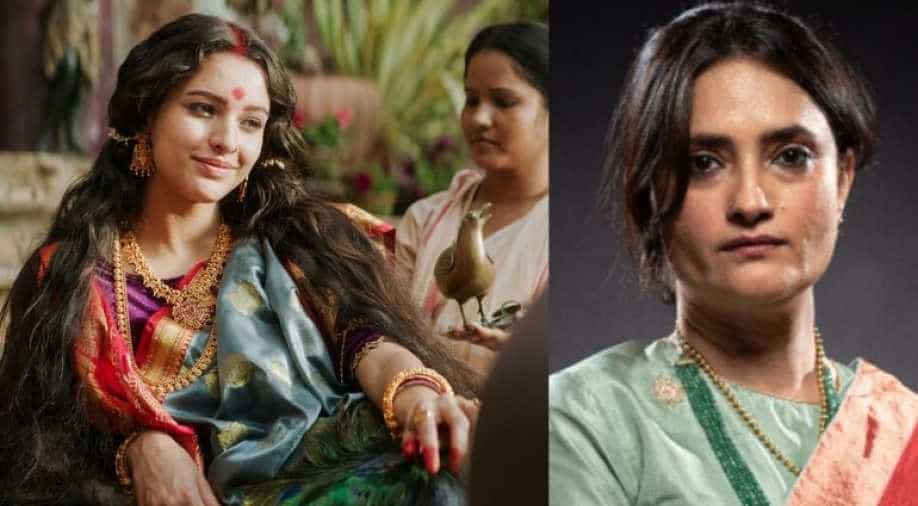 A still from 'Bulbbul' and a file image of Anvita Dutt Photograph:( Others )

Anvita Dutt Interview - Filmmaker, writer Anvita Dutt speaks to WION about her film 'Bulbbul', the scene that made her base the story in Bengal and taking inspiration from Rabindranath Tagore and Satyajit Ray's work.

It's been a week since the release of Netflix's original 'Bulbbul' and the viewers are still raving about the refreshing story that writer-filmmaker Anvita Dutt has presented through the film. Dutt, who has been a known name in Bollywood as a lyricist, presented an age-old story of witches but gave a feminist spin to it and based in Bengal.

A Punjabi, Dutt has traveled and lived across India because her father was in the Air Force. While she has never lived in Bengal, Dutt admits that she loves the state and visits Kolkata almost every year.

"I didn't visit it this year because I was busy with post-production work of 'Bulbbul' but I love Bengal, its food, its culture," said the filmmaker in an exclusive interview with WION over a zoom call.

Dutt based her story in 1881 Bengal's presidency, where a young girl is married to a much older Zamindar and how she is suppressed over the years. Dutt revealed that how a particular scene in the film made her base the story in Bengal. "There's that shot in the film, when Indranil looks at Bulbbul and says, 'Joote kyu nahi pehenti' and she pulls her feet under the sari. So that was the first visual that had come into my head when I started writing the story. The visual was of the feet quickly being pulled back under the saree- feet that were dusty and had Alta on it. So, the Alta kind of pre-decided that it would be Bengal," Dutt said.

A feminist take on age-old folklore of witches haunting villages, many drew a comparison to Rabindranath Tagore and Satyajit Ray's characters. Was it intended we asked? "Not consciously, but I love both Tagore and Ray. I am deeply moved by Tagore's women- by their strength, their tragedy, their fragility and their helplessness. Besides Tagore was a feminist.  He had a female gaze. Same with Ray, so I think they played a huge part subconsciously. Because I love Ray's writing too, and how he raises women."

Dutt had written Bulbbul many years back but the project only got greenlit when she pitched it to Anushka Sharma's Clean Slate films decided to back it. "Netflix came on board soon after." Would the film have had a similar impact if it was made a few years back and released on the big screen? Dutt says she did not have the medium in mind when she first wrote the story. " I think the only reason it may not have worked earlier was that my leading lady Tripti Dimri was in school then I wouldn't have had Tripti as my Bulbbul," said Dutt and smiled.

She though states that films work because of good stories. "I would think hopefully, stories work. Good stories work regardless of so many factors. The most unlikely small little films have done so well at the box office in the last decade. So I think that is an example of that. Good story's work regardless of the medium I feel. Maybe I wouldn't have been as ready as I am today to have made this film, the way it has been made today. But the story would have resonated regardless of the time it was made in," Dutt added.

'Bulbbul' has relatively new faces in the lead roles- Tripti Dimri and Avinash Tiwary- and features Rahul Bose as the Zamindar, Bengali film stars Paoli Dam and Parambrata Chatterjee in key roles. Dutt revealed that Chatterjee was one of the first few to read her script years back. "He is a friend and he agreed to be a part of the film without asking which role he would be doing. I had made him read my script long back and he had made me read his."

"As an individual Rahul Bose is completely different from what he played in 'Bulbbul'. The man is very anglicized, he's a Bombay boy, very well-read, a modern man.  But Rahul Bose the actor is so good and so committed to the art and so hard working. He comes with complete humility to the craft, you know, and which is why he can do an Indranil so beautifully. He worked hard at it. He surrendered to the role now, and I think somewhere he trusted me and the script."

While the film has been lauded for its feminist take, there have been some men who have objected to the film as well. Dutt took the criticism to her stride and said, "There is no story that will resonate with everyone. So that would be sheer arrogance on the storyteller's part to believe that his or her story will be liked by everyone. But there are enough men who love the film. Women are responding to it because it resonates with them at one level beyond the story, but even with men. I have so many male friends who called me and said that, you know, 'Somewhere we are all Satya though we'd like to believe we are Sudeep'," said the filmmaker.

Dutt has written the screenplay of 'Shandaar' and 'Phillauri' - both had strong female voices but she says its something that comes naturally. "It's just the way I am, its part of being me," says Dutt.

Dutt says that Anushka had contemplated playing a role in the film. "She and Karnesh( Sharma) had a conversation that I wasn't privy to. I got to know much later when the casting was done, that Anushka had discussed the role of 'Bulbbul' around the time she was doing 'Phillauri'. It would be the ideal thing if Anushka was doing my film  but then she produced it and to me that's equally wonderful and fantastic."

Anvita though feels that Tripti Dimri was beautiful and perfectly cast. "My heart aches when I look at her. I love her that girl. She's my baby girl. She's so good. She's just got that beautiful quality in her and that's why you can see it in her performance and the amount of authenticity she brought to her performance," said Dutt as she signed off.