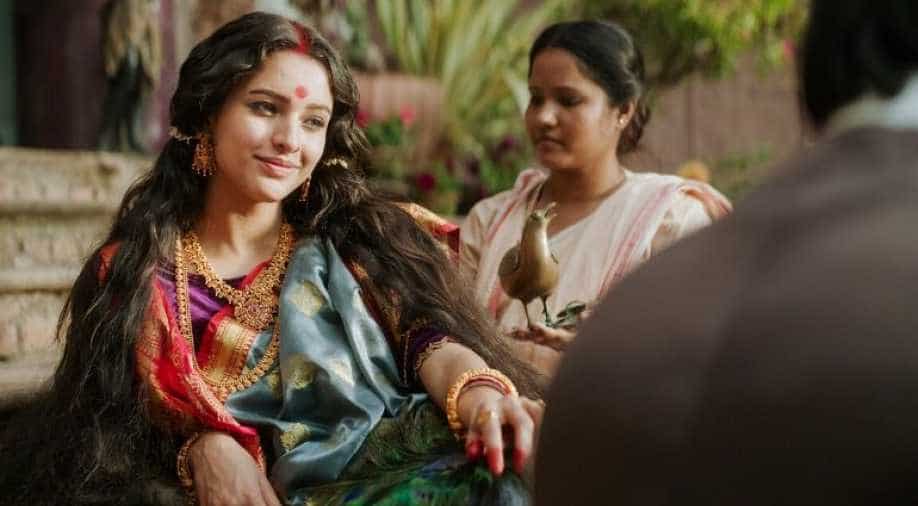 Tripti Dimri in a still from 'Bulbbul'. Image via Netflix. Photograph:( Others )

Bulbbul film review - The story may be known yet its a poignant one with powerful writing, memorable moments, and an outstanding cast.

It takes a woman to tell a story like 'Bulbbul'. Filmmaker Anvita Dutt, who also serves as the writer of the film, takes an age-old folklore and manages to not just break few myths but also show the mirror to the patriarchial world with her debut film as a director. Streaming on Netflix from June 24, 'Bulbbul' story may be known yet its a poignant one with memorable moments and an outstanding cast.

Set in 1881 in Bengal province, the film revolves around Bulbbul (Tripti Dimri) a lonely wife of a zamindar Indranil (Rahul Bose) who stuck in a palatial house and a loveless marriage has only her borther-in-law Satya (Avinash Tiwary) for company. Apart from a slew of servants, the house also is inhabited by the landlord's twin brother Mahendra (Bose again), mentally challenged man and his wife Binodini (Paoli Dam).

The film opens with Satya returning from London to his village after a gap of five years- only to find everything in his family has changed. His elder brother Indranil has walked out on his wife, his twin Mahendra is dead and his widow lives in a shelter of sorts. The entire household now is looked after by Bulbbul, the youngest in the family, the child bride and Satya's once innocent friend. The lonely child bride now has Dr Sudip(Parambrata Chatterjee) for a company who comes regularly to the house much to Satya's discomfort. The household and the village at large is convinced that Mahendra's death has been due to a witch who now haunts not just the haveli but also the nearby forest. Multiple murders have taken place and everyone attributes to the witch. 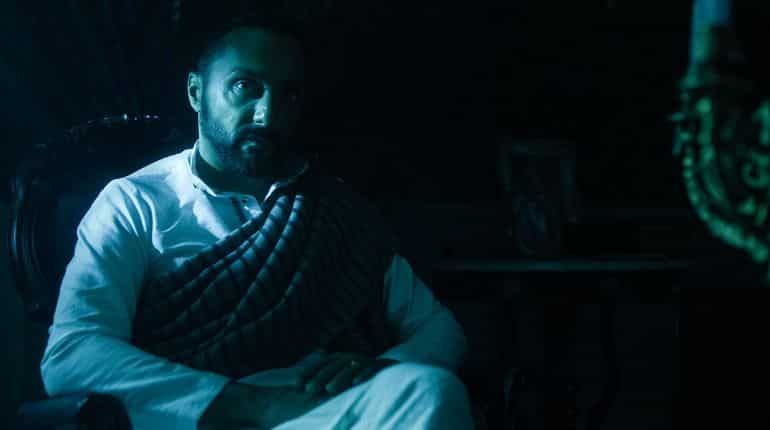 Educated in the west, Satya is not convinced about spirits and ghosts and wants to look beyond the obvious. Will Satya's hunt lead him to the actual murderer or is the village truly haunted by an evil spirit forms the rest of the story.

Set in a pre-independent Bengal, the film's set up is stunning and haunting. Amid the aplomb and wealth, lies deep dark secrets quietly buried in the hollow halls and rooms of the zamindar household. The story may be set in a different era, but it's a story that almost all of us have heard as part of folklore where it's easy to target and label women, call them evil when they defy the patriarchal norms.

Dutt's story is predictable of sorts but the beauty lies in the way its narrated. It tells the tragic story of a girl who was forced into marriage at an age when she didn't even understand the concept fully. She may have had all the comforts of the world in a palatial house, but inherently is lonely and pins for Satya's love and affection. At 1 hour 40 minutes, the film's screenplay is gripping and beautifully narrates an intriguing tale of love and deceit. 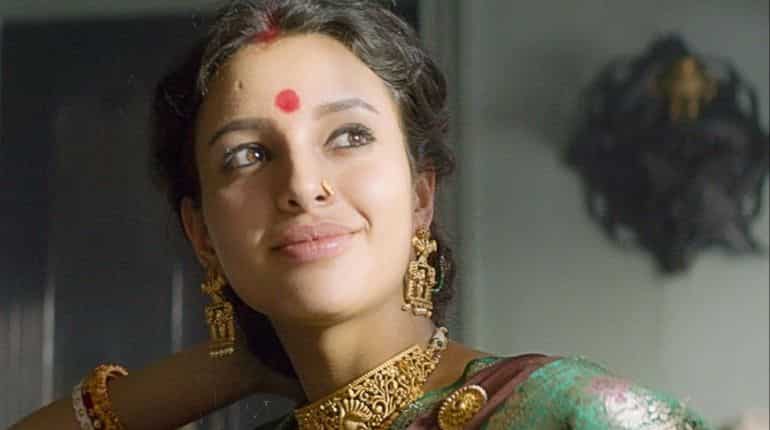 The film's joys are in the little details. From costume and makeup to just letting silence set in when three major characters are sitting in a room- 'Bulbbul's' writing is truly outstanding.

The film's story is supported ably by a cast. Parambrata Chatterjee and Pauli Dam- known faces of Bengali cinema- deliver formidable performances. Chatterjee's Dr Sudip is a clear-headed, sensible man who provides love and companionship to a lonely Bulbbul. With his effervescent charm, Chatterjee makes his performance look effortless. Dam's character on the other hand is twisted and it's a sheer delight to watch the actress emote with her expressions and eyes. She looks stunning as Binodini and breathes life into a grey character. 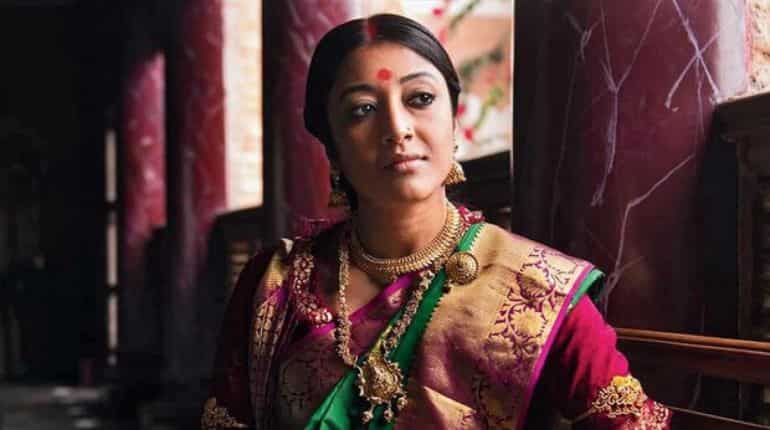 Avinash Tiwary and Rahul Bose too deliver in their respective roles. It's great to watch Bose in a meaty role in a film after so long. Stepping away from his usual urban characters, Bose delivers a fine performance- his characters are difficult to play and he manages to make them look convincing and deadly.  Tiwary has time and again proved his acting prowess and created a lasting impact with his roles. In this one though, he is slightly overshadowed by the other actors. It could also be that his character Satya is the least layered character of them all.

The film though presents Tripti Dimri in a refreshing avatar. Dimri made heads turn in 'Laila Majnu in 2018 opposite Tiwary. The two had earned critical praise for their performances. In 'Bulbbul' Tripti shines and delivers one of the most heartbreaking performances of the year. Dimri plays the naive, lonely Bulbbul to the hilt- and despite some strong and seasoned actors, holds her own. She is truly the perfect choice for the central character. She looks stunning and makes you a part of Bulbbul's tragic story from the first frame itself. The film's story propels largely due to Dimri's pitch-perfect performance. She is terrific, really.

The film is also well shot. Cinematographer Siddharth Diwan captures the mysterious premise well and the shots inside the household look like paintings. He also uses the color red a lot in the film which is a metaphor for goddess Kali or blood and gore- whichever way you want to look at it. 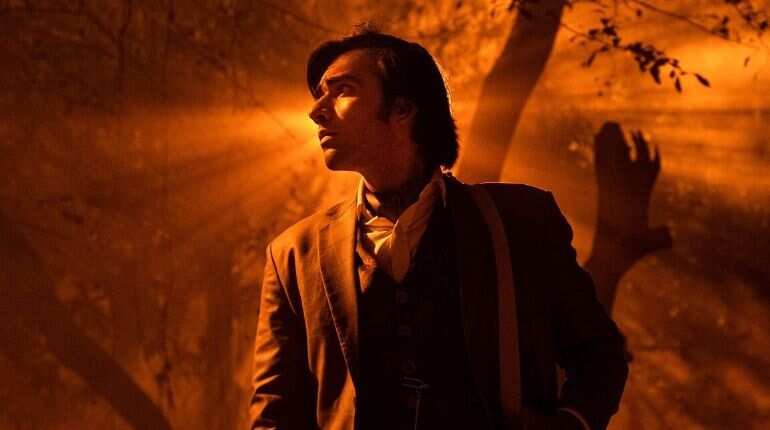 A word on the film's producers Anushka and Karnesh Sharma who once again push the envelope with a film that is poignant and stands out for its important message. The siblings have time and again backed stories that have not only been different but also cater to important societal issues.

Above all 'Bulbbul' scores because it beautifully breaks myths around popular folklores about evil spirits, witches, and ghosts. It highlights the deplorable condition of women- of all strata - who are used, cheated on, labeled, and misunderstood. It may be set in the late 19th century, but a lot of things shown reinstate the condition of women to date. Aren't women still labeled, called names and abused when they try to break rules, defy the norms, and speak up? Some may say that 'Bulbbul' very obviously leans at feminist point of view, but perhaps that's the need of the hour when one has to shake up age-old myths that have for far too long suppressed the voice of women.

Dutt highlights the misogyny of our society subtly yet effectively in 'Bulbul' and that should be a good enough reason to watch the film.

As I mentioned before, it takes a woman to break myths about women.

'Bulbbul' is streaming on Netflix.