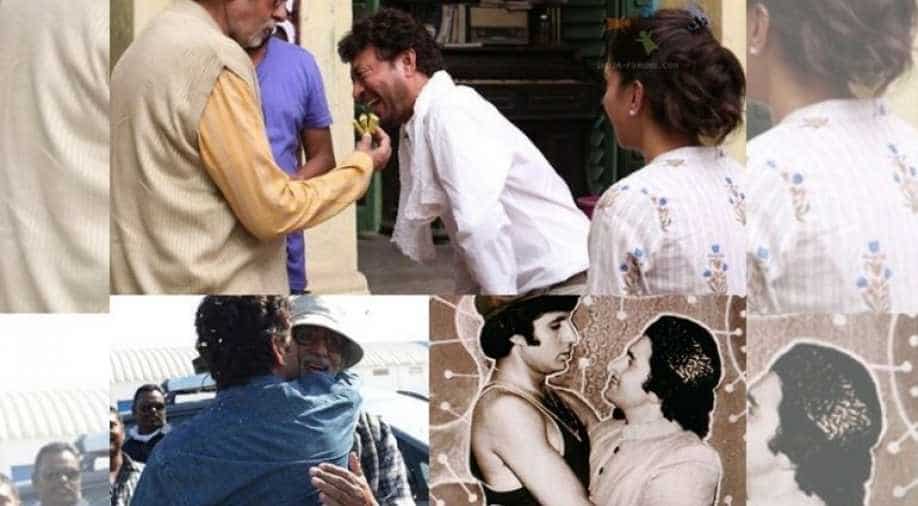 Amitabh Bachchan took to Instagram and shared a collage of two remarkable actors who died over the past week.

Legendary actor Amitabh Bachchan on Saturday shared his memories of the two versatile actors Irrfan Khan and Rishi Kapoor who passed away in quick succession recently and posed the question as to why the loss of a `younger celebrity` is more tragic.

"Because you lament the loss of opportunity in the latter, unrealised possibilities," wrote Amitabh Bachchan said replying to his own question.

The 77-year-old actor took to Instagram and shared a collage of two remarkable actors who died over the past week.

The first of the three pictures in the collage showed a shot from `Piku` where Big B is seen offering Irrfan something to eat, while Khan is seen laughing.

The second picture showcases Irrfan kissing Bachchan`s cheek while they hug each other, and the third one features a black and white picture from 'Amar Akbar, Anthony' capturing Amitabh and late star Rishi Kapoor hugging each other.

The stalwart Rishi Kapoor passed away peacefully on Thursday morning after a two-year-long battle with leukaemia, his family said in a statement.

In September 2019, the veteran actor returned to Mumbai after staying in New York for almost a year for cancer treatment.

Irrfan passed away at Mumbai`s Kokilaben Hospital on Wednesday while battling rare cancer. He was 53. Khan was last seen on screen in 'Angrezi Medium'. He was not a part of the film`s promotions owing to his ill health.

He was regarded as a fine actor by fans and critics alike with critically acclaimed films like `The Lunchbox` and `Paan Singh Tomar` to his credit.