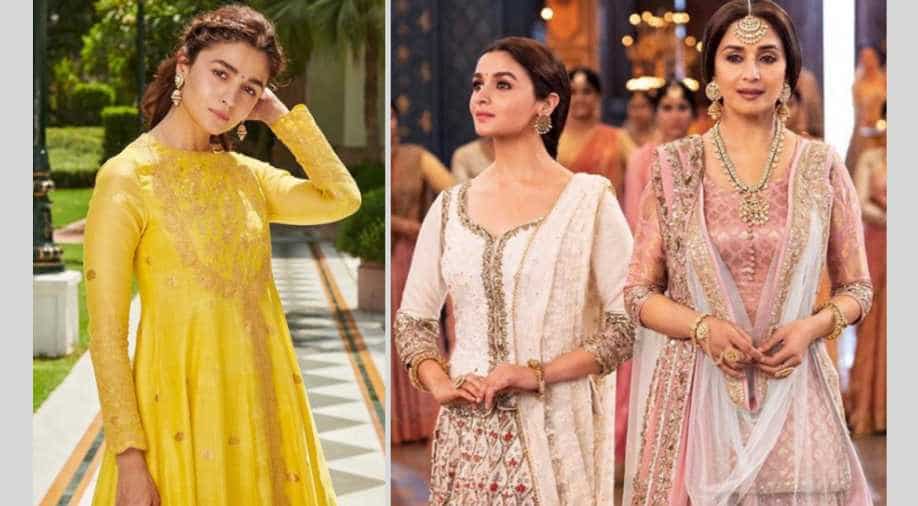 In conversation with WION, Alia spoke of her role in ‘Kalank’, how she trained for classical hit number ‘Ghar More Pardesiya’ and collaborating with Varun Dhawan again. The entire star cast barring Sanjay Dutt was in Delhi to promote their film.

Alia Bhatt is one of the finest actors that India has seen in recent times, loved by both her fans and critics alike. Having played a variety of characters from a student in ‘Student of The Year’ to a Bihari migrant worker in ‘Udta Punjab’, a Muslim girl in ‘Gully Boy’ to Indian spy in ‘Raazi’, Alia has a wide filmography that most can’t boast of at such a young age.

Alia will next be seen in the role of Roop in ‘Kalank’ that is slated to release on April 17. She stars with an ensemble cast that includes Sanjay Dutt, Madhuri Dixit, Varun Dhawan, Sonakshi Sinha and Aditya Roy Kapur. Aditya also spoke to WION about his future movie plans and more.

In conversation with WION, Alia spoke of her role in ‘Kalank’, how she trained for the classical hit number ‘Ghar More Pardesiya’ and collaborating with Varun Dhawan again. The entire star cast barring Sanjay Dutt was in Delhi to promote their film.

In the film, Alia plays the role of a girl possibly torn between love and responsibilities as she is shown in the trailer getting married to Aditya Roy Kapur while being in love with Varun Dhawan. Reflecting on her character, she said, “Her story is very different. It's a very layered cake with a lot of different icings, you have to scoop it one after another. You can only do that once you have seen the film.”

Portraying a girl from the pre-independence era, Alia had to undergo a major transformation to think like Roop, as revealed by her. She not only dresses like no other character portrayed by her before but also has a different vibe.

Alia stunned us all with her dancing skills in the film as the song ‘Ghar More Pardesiya’ released earlier this month. In a never-seen-before avatar complete with chunri on her head, vintage jewellery and steps of a dance pro, Alia took close to a year to train for it. She said, “It was a very nerve-wracking experience for me because I have said this before, I am not trained in any dance form, especially not Indian classical. I had to do this classical, semi-classical number. I trained for like about a year, basic Kathak training. But I did this particular choreography for about two and a half months every day.”

“Even during my sleep, in the bathroom, while I was eating, I was dancing everywhere possible. On the set honestly, it was such an overwhelming experience. I was just very excited to be there,” she added.

Being on the same set as Madhuri Dixit who is known for her dancing skills, Alia said she took some tips from the veteran. She revealed, “There were moments where I was looking at mam, and I had this massive question mark at my body, she was obviously seeing through it. She was giving me little tips but one thing she said that I won't forget was that ‘next time you have to do this, you come to me three days before, I'll teach you some tricks’.”

Alia then looked at Madhuri and said, “I'll come to you before I start work on ‘Takht’.”

Alia reunites with Varun for the nth number of time, having done several films including her debut with him. When asked if she had a takeaway from their on-set relationship, she said that taking away has a finality to it and she feels that they will continue to do films with him, even in the future.