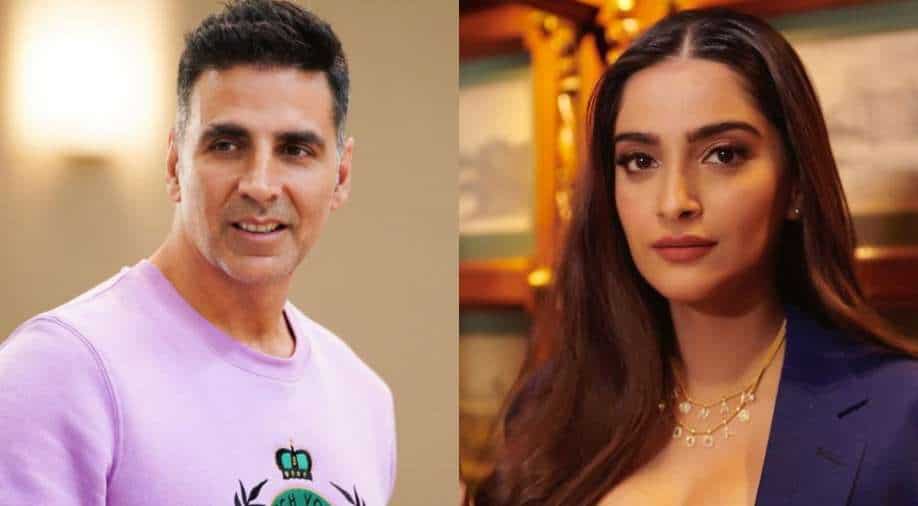 Akshay Kumar and Sonam Kapoor in London with their families Photograph:( Instagram )

At Adele's concert in Hyde Park in London, several Bollywood celebrities were spotted shaking their legs to the Grammys-award-winning singer's hit tracks.

Not just one or two but several B-towners reached London to attend the Grammys-award-winning singer Adele's Hyde Park concert. Everyone had the time of their life and photos and videos of the musical evening are proof of the same.

Sonam Kapoor and Anand Ahuja, who recently organised a baby shower at her London house, were seen have a gala time at Hyde Park. A video of the couple enjoying themselves at Adele’s concert is going viral on the Internet.

Apart from Sonam and Anand, another B-town couple Twinkle and Akshay were seen singing along Adele at Hyde Park. The two are currently holidaying in London.

Twinkle shared a clip on her social media handles to give a sneak peek of the ‘best day’ of her life. After attending the Pride walk, she headed to Adele's concert with her husband and children.

Sharing the video, the actress wrote, “You don’t wake up thinking it’s going to be one of the best days of your life. The best thing about the best day is it happens unexpectedly. It’s sitting on the grass with your family on a nice morning. Brushing against the joy of celebrating LGBT+ communities with Pride. Going to a concert, singing till you lose your voice, and getting teary-eyed looking at your child’s face, the one who claims to be Adele’s greatest fan.”