Viewers spot an air cooler behind Bhishma in 'Mahabharat'; Twitter compares it to the 'GOT' coffee mug goof up 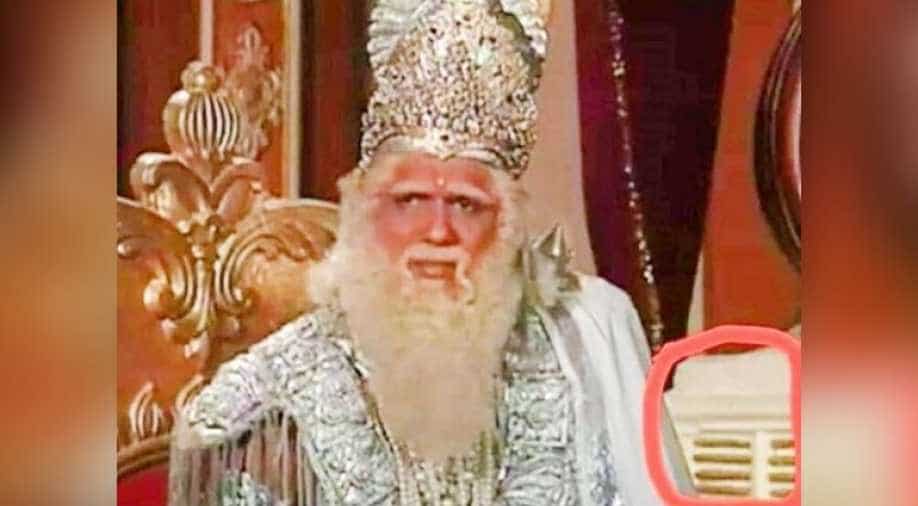 A photo of actor Mukesh Khanna who played Bhishma Pitamah in BR Chopra's show is doing the rounds of social media.

This is a goof-up of (literally) epic proportions! We all know that TV serial 'Mahabharat' is being shown on Doordarshan currently amid nationwide lockdown. Now some viewers with hawk-eyes have spotted a major goof-up in the show.

A photo of actor Mukesh Khanna who played Bhishma Pitamah in BR Chopra's show is doing the rounds of social media. The actor dressed in his character is seen sitting on a golden throne and just behind him, a desert cooler is clearly visible.

Twitter was quick enough to draw a comparison to a now-famous image from the sets of the final season of 'Game Of Thrones' last year where a coffee cup had made its way into a crucial scene.

Bhishma did it way before GOT. #Mahabharat #GameofThrones pic.twitter.com/hO4lR3zdZW

The re-run of the popular show started after the government announced a complete lockdown in India to curb the spread of novel coronavirus earlier in April.

The Ministry of Information and Broadcasting has decided to televise some of the old classic DD shows amid the lockdown so that the entire family can sit together and watch.

'Ramayan', 'Circus', 'Buniyaad', 'Byomkesh Bakshi' are some of the shows that are being aired on DD currently.