After Priyanka Chopra's gala bachelorette, groom Nick Jonas takes the boys out for a bachelor weekend 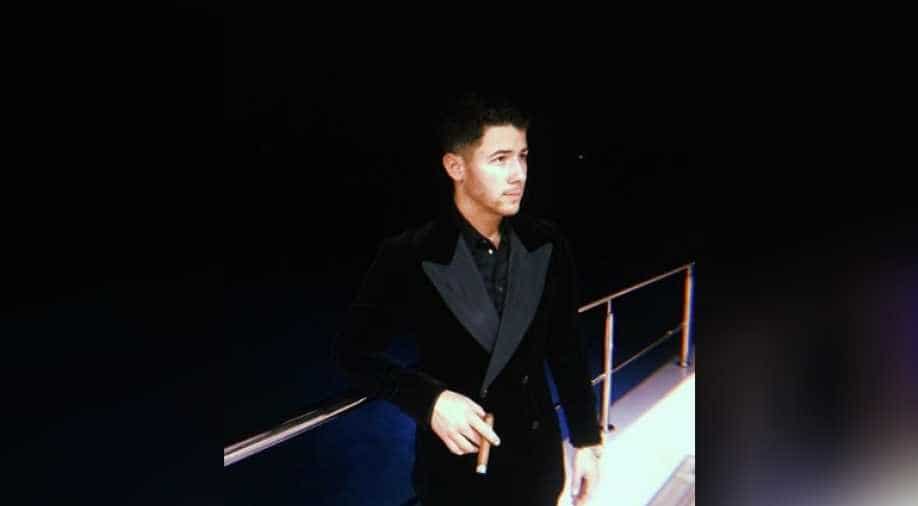 Giving a glimpse into his bachelor party, Nick took to his official Instagram to share a snap of himself on a yacht looking dapper in a sailor cap

Giving a glimpse into his bachelor party, Nick took to his official Instagram to share a snap of himself on a yacht looking dapper in a sailor cap."Bachelor party weekend is officially underway people," the post read.

In another picture posted by him, the singer looked classy in a black buttoned-up blazer with matching trousers and a shirt. He can be seen holding a cigar in his hand, striking a pose for the camera, he captioned it as, "Keep it classy."

The 26-year-old singer had earlier taken to Instagram, revealing who his groomsmen will be and also disclosed his gifts for his groomsmen. Brothers Joe Jonas, Kevin Jonas and Franklin Jonas, brother-in-law Siddharth Chopra and close friend Jonathan M Tucker will be the groomsmen on the couple`s special day.

He shared a post on the same writing, "I was searching for a fun way for my groomsmen to be mobile and ready to roll - so I called up my friends at @Limebike for some help."

Earlier, Priyanka had the time of her life with her girl gang in Amsterdam enjoying her bachelorette party.

Before her bachelorette, the `Baywatch` actor also had a bridal shower at Tiffany`s Blue Box Cafe in New York City.

The duo recently obtained a marriage license in the United States (US). Priyanka and Nick stopped by the Beverly Hills courthouse last week to fill out the necessary paperwork, reported People magazine.

In August, Priyanka and Nick confirmed their engagement during a trip to Mumbai, where their families gathered for a Roka ceremony and a big engagement celebration. Reportedly, the two will tie the knot in Jodhpur in December. The couple hasn't made an official announcement on the date yet.