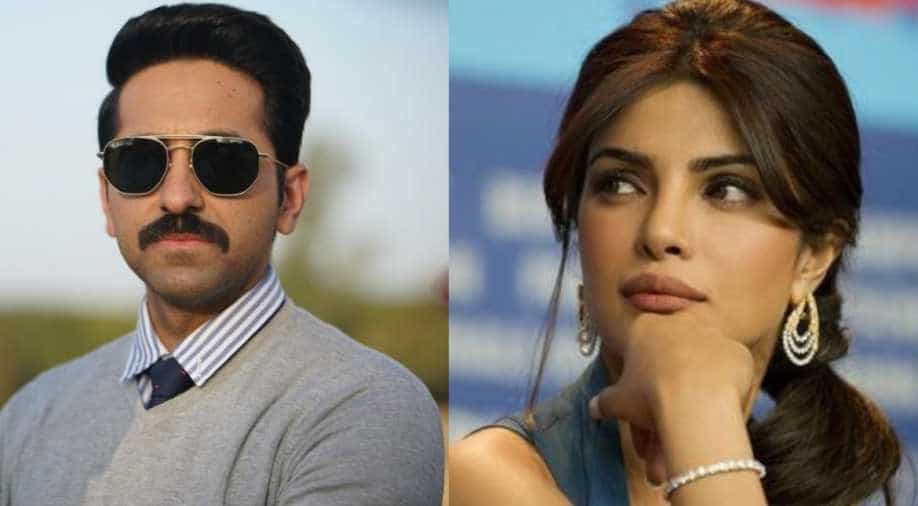 Before this, Kangana Ranaut came out to defend Priyanka Chopra even as Pakistan Human Rights’ Minister wrote to UN to denotify her as a Goodwill Ambassador for Peace.

After Kangana Ranaut came out to defend Priyanka Chopra even as Pakistan Human Rights’ Minister wrote to UN to denotify her as a Goodwill Ambassador for Peace, another Bollywood celebrity came in support of her. This is what Kangana said.

Ayushmann Khurrana who recently won the National Award for Best Actor for his role in ‘Andhadhun’ said that Priyanka Chopra is a "a very good representative of India". He said, "I guess Priyanka Chopra represents our country really well and she is not just an Indian icon she is a global icon. Being a daughter of an army officer, I believe she is truly a very good representative of India."

The letter to UN caused a ripple on the internet as people were divided on their stance with some defending the actress while some calling out her “hypocrisy”. The letter stated that it “undermines the credibility of the UN position to which she has been elevated” after she spoke to a Pakistani woman at a beauty event when asked why she supported India’s nuclear war threat to India even though she is a Goodwill Ambassador for Peace.

Priyanka had then said, "Are you done venting? Okay. War is not something I’m really fond of but I am patriotic, so I’m sorry if I hurt sentiments to people who do love me and have loved me. But I think that all of us have a sort of, middle ground that we all have to walk. Just like you probably do as well. The way that you came at me right now... girl, don’t yell. We’re all here for love."

This question came up when Priyanka, on an earlier occasion, tweeted in support of the Balakot Air Strikes that took place on February 26, 2019. She had written “Jai Hind!” and tagged the Indian Armed Forces.

Meanwhile, other celebrities like Anupriya Goenka and Divya Dutta have also come out in support of the actress. "Priyanka is someone I really respect; she has put us on the global chart. I think that she deserves to be where she is today. And I believe if she has been chosen to be ambassador then there is a reason for it, that she signifies something. There are a lot of people, who look up to her, women and men alike in India. So, I think she is the best idol to have that way. Somebody who people look up to, therefore kudos for where she is today," said Anupriya Goenka. Divya Dutta also said, "I will stand up with Priyanka for whatever she does and I think she has done a very good job."