Abhishek Banerjee on his roles in 'Paatal Lok' and 'Kaali 2': I would want people to compare the two characters 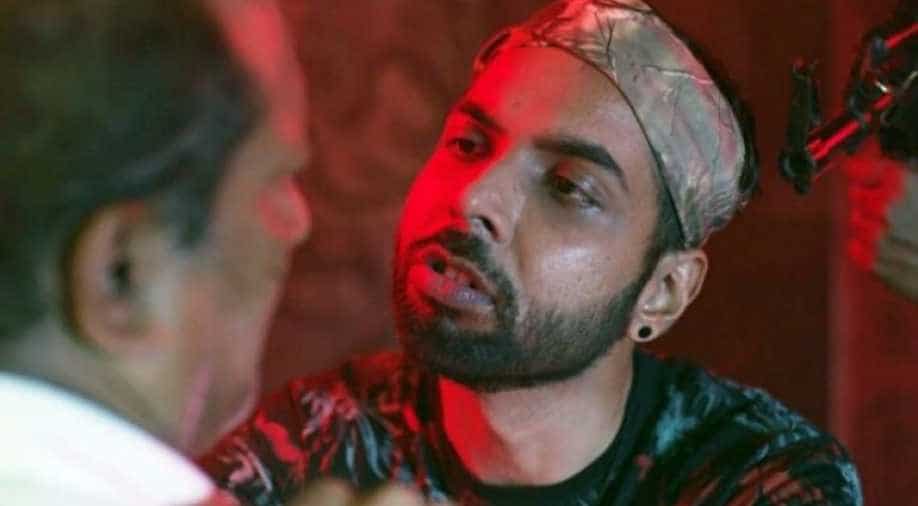 Abhishek Banerjee in a still from 'Kaali 2'. Image via ZEE5 Photograph:( Others )

In an exclusive chat with WION, casting director and actor Abhishek Banerjee talks about his hit show show 'Paatal Lok', his new show on ZEE5 'Kaali 2' and the future of cinema halls in time of digitization.

Riding high on the success of the recently released web series 'Paatal Lok', actor Abhishek Banerjee is back on the web space in a new show. This time it’s a bilingual series called 'Kali 2' on ZEE5.

Banerjee's performance as Hathoda Tyagi in 'Paatal Log' struck a chord with one and all. He played a silent, cold murderer in the series and barely had dialogues. In 'Kaali 2' though, Abhishek says his character Jin Liang is completely opposite of Tyagi.

"If Tyagi doesn't speak a word, this guy is all talks. So they are different for sure," said Banerjee while speaking to WION.
'Kaali 2' features Paoli Dam in the lead role, with Chandan Roy Sanyal and Banerjee playing key supporting roles.

Much like 'Paatal Lok', here in 'Kaali 2', Banerjee plays the antagonist. Wouldn't there be a comparison between the two characters, we ask. "I want them(the viewers) to compare. The audience should compare and tell me if I have been able to pull it off differently or they feel the two look the same. Whatever the audience tells me- I am going to make a note of it. I don't know how the character has come out on screen. I go with the flow. So when people watch it and talk about it- ill get to know. I really would want them to compare," Banerjee said.

While the actor was okay with the comparison, he admitted it was a challenge to shoot for a bilingual show. The crew shot the series in Bengali and Hindi simultaneously and the actor admitted that itself was challenging. "You have to say the same lines in Bengali and Hindi and then on top of it you also have to match the character, the emotions. When the language changes, even the rhythm changes- everything changes, so how do you maintain that? That was the tricky part."

The actor admitted that he was nervous speaking the Bengali lines. "It was my first project in Bengali language so of course I was nervous. I have been out of Bengal for a long time so I don't know if I have spoken the lines properly. I am more nervous about how my family would take it.Whether they will it or disown me completely," Banerjee laughed and added.

The actor has been a casting director for many years and has been instrumental in casting for several popular films like ‘Toilet:Ek Prem Katha’, ‘Secret Superstar’ and web series like ‘Paatal Lok’, ‘TVF Pitchers’. In the ongoing debate about cinema halls vs OTT platforms, Banerjee states that while digital has given a platform to scores of actors and makers to experiment and evolve, the magic of cinema halls will never fade away.

"You don't go to watch a film just to watch the story or the dance or the music, you go for the cinematic experiences always. You can never take the magic of the cinema hall lightly," the actor said and added that digital has its own space. "Its a great medium. The medium has always been there for people to experiment, to explore, to evolve. We have seen so many brilliant actors all over the world and we have seen them in shows," he said.

Banerjee is also remembered for his performances in films like 'Stree', 'Bala' and ‘Dream Girl’. Considering he has played the antagonist in two web series back to back- does he feel he'll get stereotyped? "No- because they are very different characters. I think that's what I've been trying to do. I have done roles and characters very different from each other. I don’t have a range man. I have been trying to mix up the characters, I have not stuck to any range so far. I don't have a game plan. My game plan is blank," Banerjee said and is hopeful that this will not make him stick to any particular genre.

Post 'Kali 2', Banerjee has a mixed bag of drama and comedy. He is part of Umesh Shukla's next with Paresh Rawal and Sharman Joshi, a film with Ayushmann Khurrana and 'Dostana 2. "It's a good mix of comedy and drama so I am happy," he adds.

Considering he has a long experience as a casting director, does he ever feel his co-actors are miscast in certain roles. "Yes, many a times. Certain takes go wrong, or the dialogue delivery is not right and I feel someone else could have been a better choice for the same role. But that happens to me too. There are days when I don't get my lines right. So it's normal. Criticism is a part of our job," says Banerjee as he signs off.

‘Kaali 2’ is available for streaming on ZEE5.