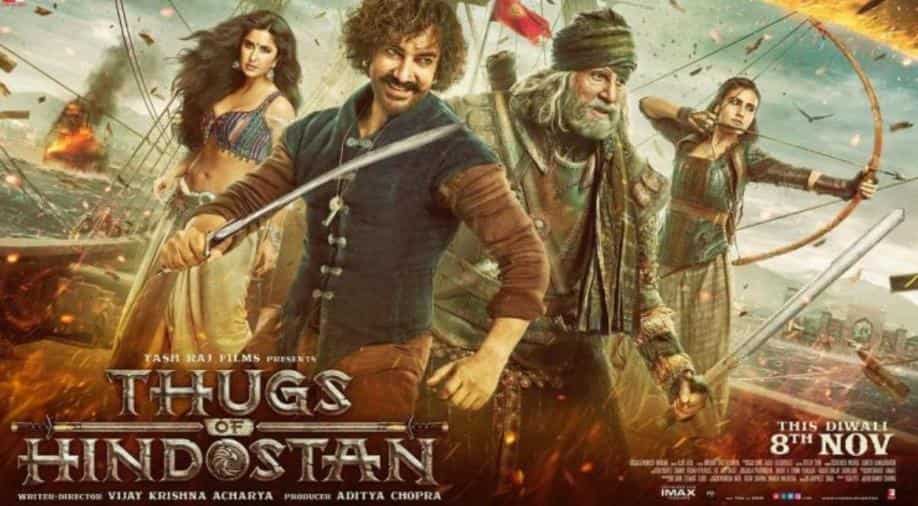 Poster of 'Thugs of Hindostan' Photograph:( Others )

The film failed to create magic on the screens in India, despite an incredible star cast that includes Amitabh Bachchan, Katrina Kaif and Fatima Sana Shaikh.

Aamir Khan had an unpleasant weekend as his recent film ‘Thugs of Hindostan’ failed to create a spark in China too -- a turf considered to be dominated by him after giving successful films in the foreign market. Read film's review here.

Trade analyst Taran Adarsh tweeted that the film managed to collect Rs 32 crore in three days. He wrote: "Thugs Of Hindostan faces rejection in China... Remained at low levels over the weekend.”

The film was pegged to be Yash Raj Films' big Diwali release but turned out as a disaster.

Here's the day-wise collection of ‘Thugs Of Hindostan’ in China:

Poor reviews took the film down even though it registered a massive opening. It made Rs 50 crore on opening day and became the film with the highest opening day collection of 2018.

The film also stars Amitabh Bachchan, Fatima Sana Shaikh and Katrina Kaif, and is directed by Vijay Krishna Acharya. It is the story of Zafira (Fatima Sana Sheikh), who is raised by a thug named Khudabaksh Azaad (Amitabh Bachchan) after her parents are killed by the East India Company officials and her kingdom is seized. Several years later, Zafira returns to avenge her parents and reclaim her kingdom with the help of Khudabaksh Azaad.