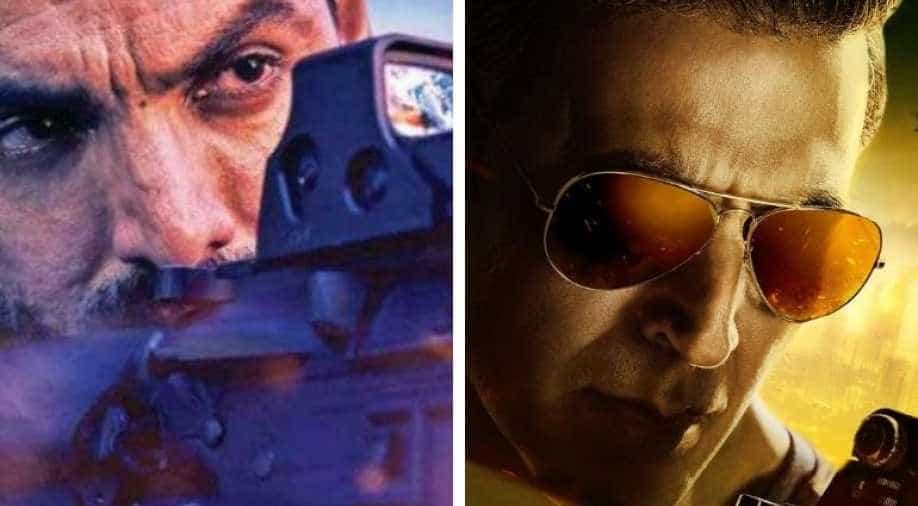 As the country is celebrating its 74th Independence Day, here are some of the upcoming films that every filmy patriot should watch out for in the coming months.

From Sunny Deol's 'Border` to John Abraham's 'Satyamev Jayate', Bollywood has always been pumping patriotism in the citizens of the country with its plethora of seasoned patriotic films. As the country is celebrating its 74th Independence Day, here are some of the upcoming films that every filmy patriot should watch out for in the coming months.

1. 'Tejas': After essaying the role of mighty Rani Lakshmi Bai in 'Manikarnika', Kangana Ranaut is all set to portray the role of an Air Force pilot in her upcoming project 'Tejas'. The Indian Air Force was the first of the country's defence forces to induct women into combat roles in 2016. The film takes inspiration from this landmark event. The first look of the film was released earlier in February which featured the `Tanu Weds Manu` actor donning the Air Force uniform. Helmed by Sarvesh Mewara and bankrolled by Ronnie Screwvala, the film is scheduled to release in April 2021.

2. 'Sooryavanshi':  From an intelligence officer eliminating terrorists in 'Baby' to a common businessman airlifting Indians in 'Airlift', actor Akshay Kumar has been part of several patriotic films. In Rohit Shetty's next 'Sooryvanshi', Akshay will be seen as an ATS chief Veer Sooryanavshi on a mission. The film was set to hit the theatres in March this year but was delayed due to the shuttering of movie theatres.

3. 'Attack': After 'Satyamev Jayate' and 'Batla House', actor John Abraham is all set to once again don the hat of the saviour of the nation in director Lakshya Raj Anand`s 'Attack' The story of the film is woven around a hostage crisis in the country inspired by true events. The film also stars Jacqueline Fernandez and Rakul Preet in lead roles. The film was scheduled to release on August 14 becoming John`s third consecutive film to release around Independence Day but it has been halted owing to the COVID-19 crisis.

4. 'Sam': After pumping every patriot's josh high with 'Uri: The Surgical Strike', Vicky Kaushal is all set to essay the role of India's first Field Marshal Sam Manekshaw in 'Raazi' director Meghna Gulzar`s next. The film will be a cinematic portrayal of India`s victory against Pakistan in the 1971 war which was led by Manekshaw. The first look of the film featuring Vicky was dropped in June 2019. The film will make its way to the theatres in 2021.

5. 'Golden Arrow': The latest patriotic film which was announced by director Kushal Srivastava and producer Rashmi Sharma is `Golden Arrow` which is based on the real-life hero and former Indian Air Force Chief BS Dhanoa. The casting for the film has begun but any lead roles for the film have not yet been announced. The former IAF Chief Dhanoa retired on September 30, 2019, after 41 years of glorious service to the nation. As Commanding Officer of a front line ground attack fighter squadron, he led the IAF against Pakistan to evict the enemy from their `dug in` defences in the icy heights of Kargil region.

Alternatively, patriotism centric film 'Gunjan Saxena: The Kargil Girl' has been released on the online video streaming platform Netflix recently and has been trending on the platform after a warm response from viewers. The Janhvi Kapoor starrer chronicles the story of the first Indian woman IAF officer to enter a war zone.Actors Ajay Devgn, Sanjay Dutt, and Sonakshi Sinha starrer 'Bhuj: The Pride of India' will also be released on online video streaming platform Disney+ Hotstar soon. Written and directed by Abhishek Dudhaiya, 'Bhuj: The Pride of India' is based on the 1971 Indo-Pak war.