These little online stars are sure to win your hearts 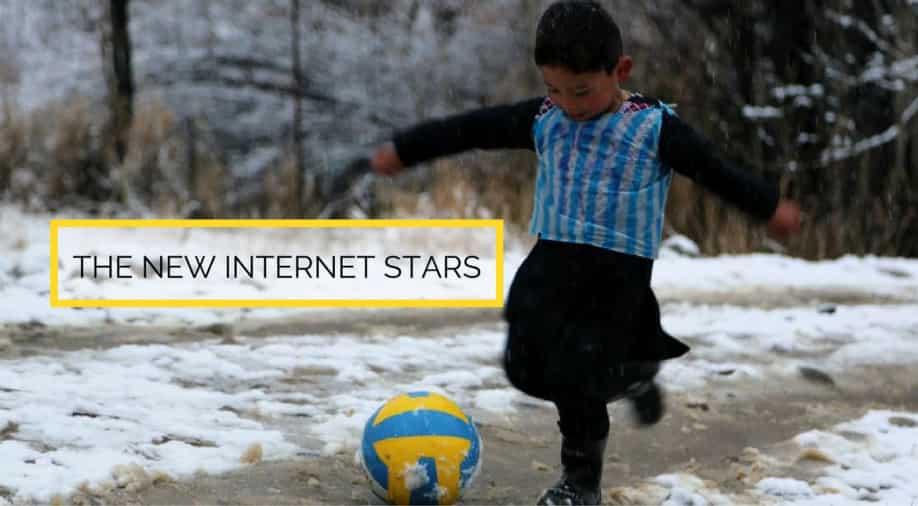 Children from South Asia making it big on the internet Photograph:( WION )

The power of Internet is such that if you have the talent and appeal, then it only takes a heartbeat to reach millions around the world.

This Children's Day, we bring some of South Asia's youngest online sensations:

Murtaza Ahmadi, a five-year-old Afghan boy became an Internet star after photographs of him wearing a football jersey made using a plastic bag went viral. The jersey he was wearing carried Argentinian star Lionel Messi name. After the pictures went viral, Messi actually sent him a signed jersey.

This little boy from Bangladesh made it big after he started singing a local song with a tourist in Cox’s Bazar.

Apoorva Mali from India is just 6 years old, but she can fool you with her magic tricks. Practicing around the country, she has won several accolades.

15-year-old Saania and 13-year-old Muqqadas Tabaydar are popularly called 'Justin Bibis' by their neighbours. The teenage sisters became an Internet sensation by singing Justin Bieber's song 'Baby', with their mother chiming in with music that she played using a pot.

This kid from Nepal is a serious performer. His beatboxing skills have rocked him to online fame in South Asia.